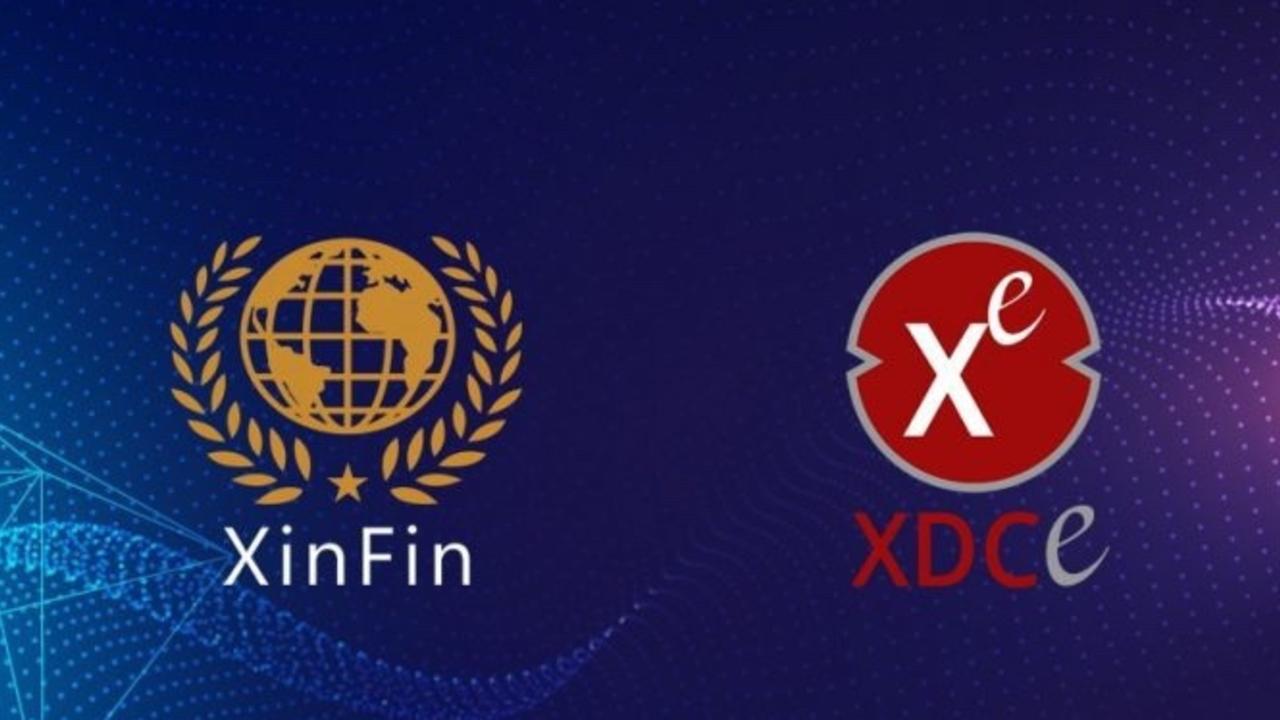 Blockchain technology is rapidly advancing and disrupting today’s business environment. And why wouldn’t it? Blockchains make transactions quicker and reduce the cost. Some data models predict that spending on blockchain solutions will exceed the $16 billion mark by 2023. Now, that is excellent news for all of us into distributed ledger technology (DLT).

One sector that could use help is FinTech. The industry has a predicted growth rate of 25% up to the year 2022. And digital services like PayPal and Jack Dorsey’s CashApp, have empowered people to transact with each other without directly using a bank.

Yes, FinTech is experiencing rapid growth. But is FinTech anything more than painting lipstick on a pig? After all, it still operates on top of the antiquated infrastructure. This "pig" of legacy systems looks nice and pretty with its digital makeup, but DLT is the future. It’s just a matter of who can get these outdated institutions on board.

Thankfully, traditional financial institutions are beginning to see the light of the benefits of blockchain.

This is where Exchange Infinite (XinFin) comes into play. In a sense, they offer a way for legacy institutions to test the water before jumping completely into Decentralized Finance (DeFi). After all, banks aren’t going to go fully transparent and trustless in one fell swoop.

XinFin is a blockchain technology company based out of Singapore. They claim to be “sector agnostic”, but their primary focus is on international trade and finance. XinFin ultimately seeks to bridge the gap between legacy systems and the blockchain to become the language of Global Trade & Finance. 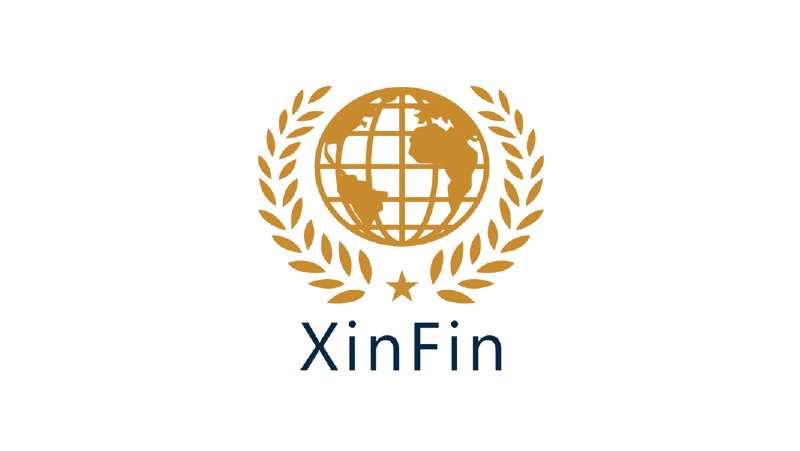 We all love the transparency of the blockchain, but will institutions like banks or governments ever go for this? Maybe one day, but in the short term, it’s doubtful. They will most likely want to utilize the positive features of blockchain technology while keeping aspects of their business private.

“Interoperability” is a term XinFin uses a lot in their documentation. By offering interoperability, they believe they can be the protocol to bridge the gap between legacy systems and the blockchain.

So how does XinFin plan to bridge this gap?

XinFin’s protocol is built upon a “paradigm of consortium blockchains.” This makes them different from both private/permissioned blockchains and public blockchains.”

XinFin offers both. In other words, institutions can connect their private network to XinFin, but have their transactions validated on a public chain.

The open-source Quorum blockchain was developed by J.P Morgan, and it is a private/permissioned blockchain built on the Ethereum network. XinFin’s XDC blockchain is a fork from Quorum. We’ll talk about XDC later, but for now, just know that they made some significant changes to the Quorum protocol. One of them is that they replaced the Proof of Work (PoW) consensus mechanism with Proof of Stake (PoS).

The smart contract functionality on Ethereum is essential to XinFin’s success, and “the hybrid nature of the Quorum blockchain is ideal for a large number of enterprise use-cases.”

This bodes well for financial institutions and governments because they’ll never want everything to be transparent. For example, a bank can keep its data private on the permissioned side, while the record of transactions can exist on the public side.

So, here’s the lowdown: Any Ethereum smart contract can run on XinFin because it is a hybrid of the Ethereum public blockchain and the Quorum private chain. As expected, the blockchain's public state supports things like cryptocurrency, dApps, and wallet services. The private state protects sensitive data from the outside world.

So, how does XinFin expect to accomplish all this?

XDC does not use PoW like Bitcoin. Instead, they have opted for the XinFin Delegated Proof of Stake (XDPoS). This consensus mechanism relies on groups of trusted, distributed nodes that must meet staking requirements to secure and run the network.

To put it simply, Proof-of-Stake (or PoS) is a decentralized way of validating transactions that occur on the blockchain. And PoS is built to be green by its very nature. There are no huge electricity usage requirements like there is for Proof-of-Work (PoW). Should a staker ever try to attack the network, their tokens will be seized by punitive smart contracts. 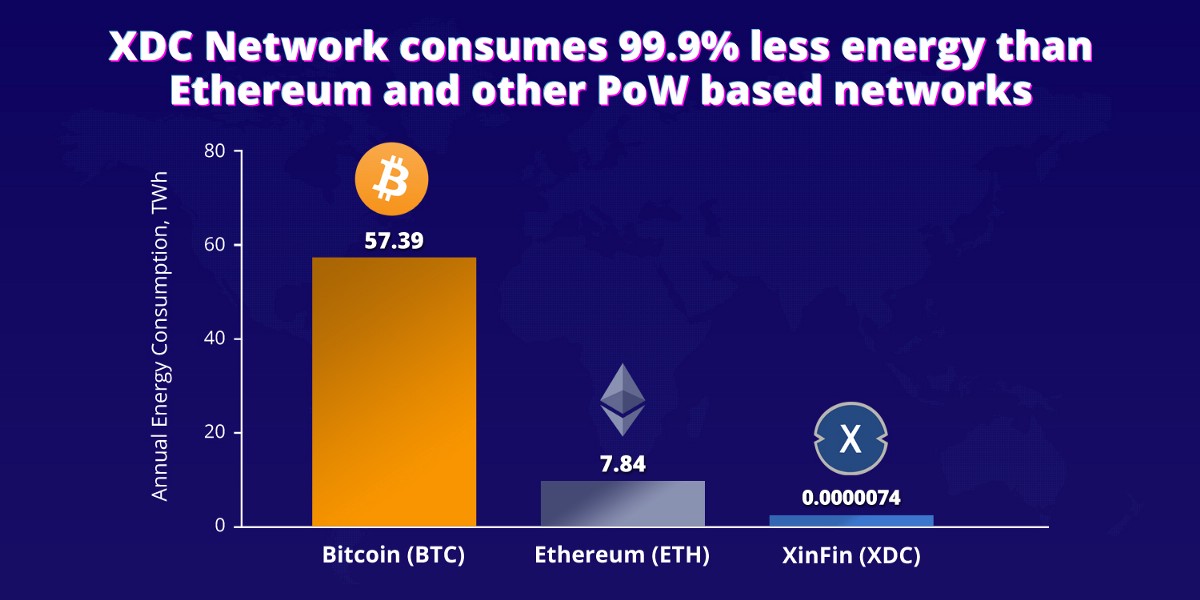 As far as the scalability goes, XinFin will use Sharding to validate transactions quickly. Ethereum is also introducing Sharding with its 2.0 upgrade.

How XinFin Compares to Ethereum and XRP

This is why some in the community call XinFin, “Ethereum on steroids.” But since XinFin is a fork of Ethereum, it is compatible with the Solidity programming language. That means that any smart contracts that work on Ethereum will also work on XinFin. Another reason developers should learn Solidity.

While we’re at it, let’s compare XinFin to Ripple (XRP). It is undoubtedly fast, and it is the main cross-border currency. But XRP does not have smart contracts nor stablecoins. Both are must-haves for full banking solutions like XinFin.

The R3 bank consortium is a partner, and many think it’s a done deal for XinFin to be the new trade finance protocol. Some XRP hodlers would believe they are “in with R3” with no rivals. However, since their billion-dollar dispute a while back, that relationship may be strained. 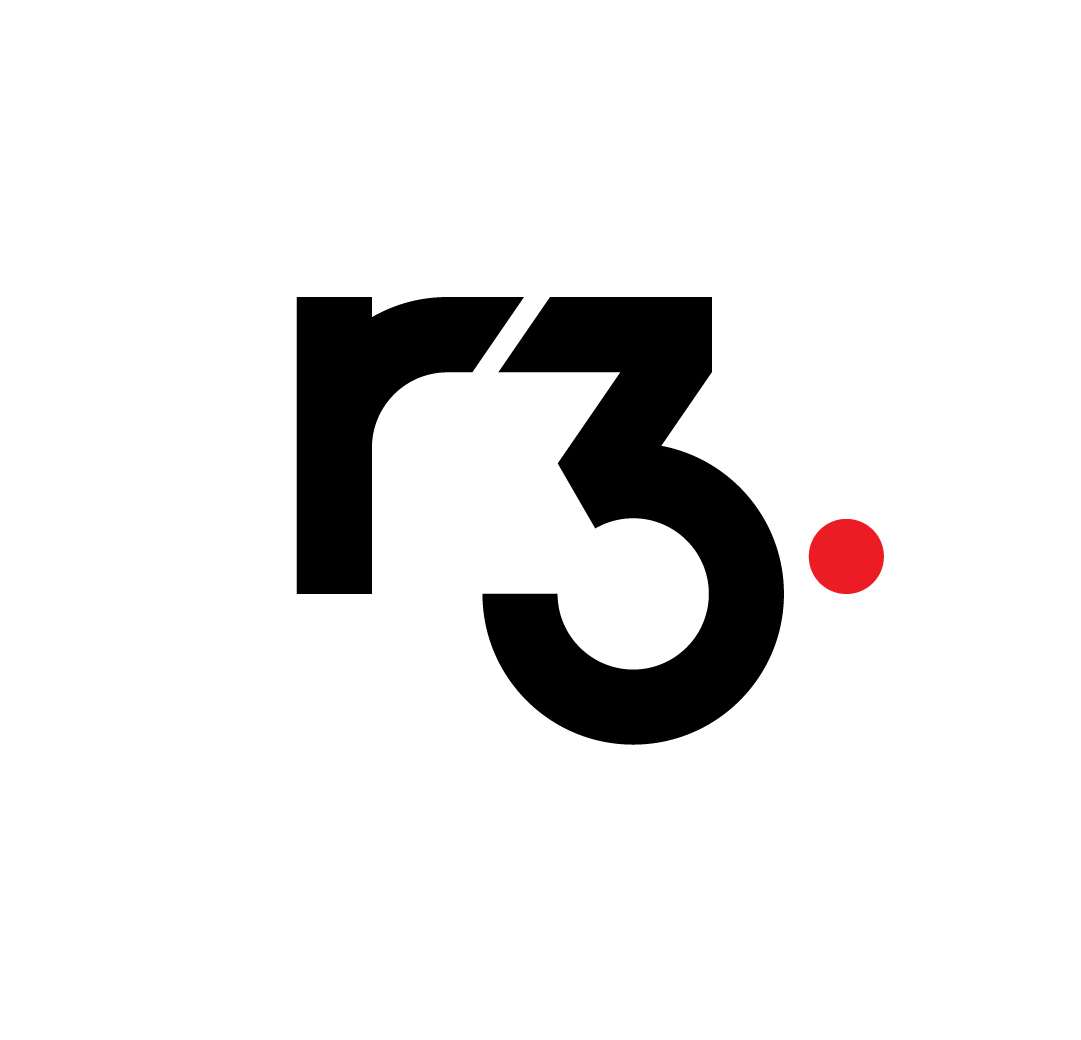 “A combination of XRP, ETH, and VET” is how some describe it. Then add FinTech chains like Corda and Hyperledger and Oracle Enterprise Systems. Also, throw in Quickbooks for SMEs. And finally, a new competitive legacy SWIFT where the new ISO 20022 protocol is embedded for trillions of dollars per day in transfers. And there you have it.

My brain hurts. But let’s take a look under the hood anyway.

Let’s face it; anybody can view transactions on the blockchain. Anonymity is preserved somewhat by public-key cryptography. However, entire industries are being built to “de-anonymize the Bitcoin and Ethereum blockchains.” XinFin argues that the “public blockchain paradigm is unsuitable for enterprise applications seeking to protect sensitive financial data.”

Consortium blockchains carve out a middle road between trustless, public blockchains and high trust, private blockchains. And centralization is not a dirty word for Consortium chains. Since legacy banking systems rely so heavily on it, pitching a fully decentralized package, or trying to get them to rip up their system root and branch just isn’t going to fly. 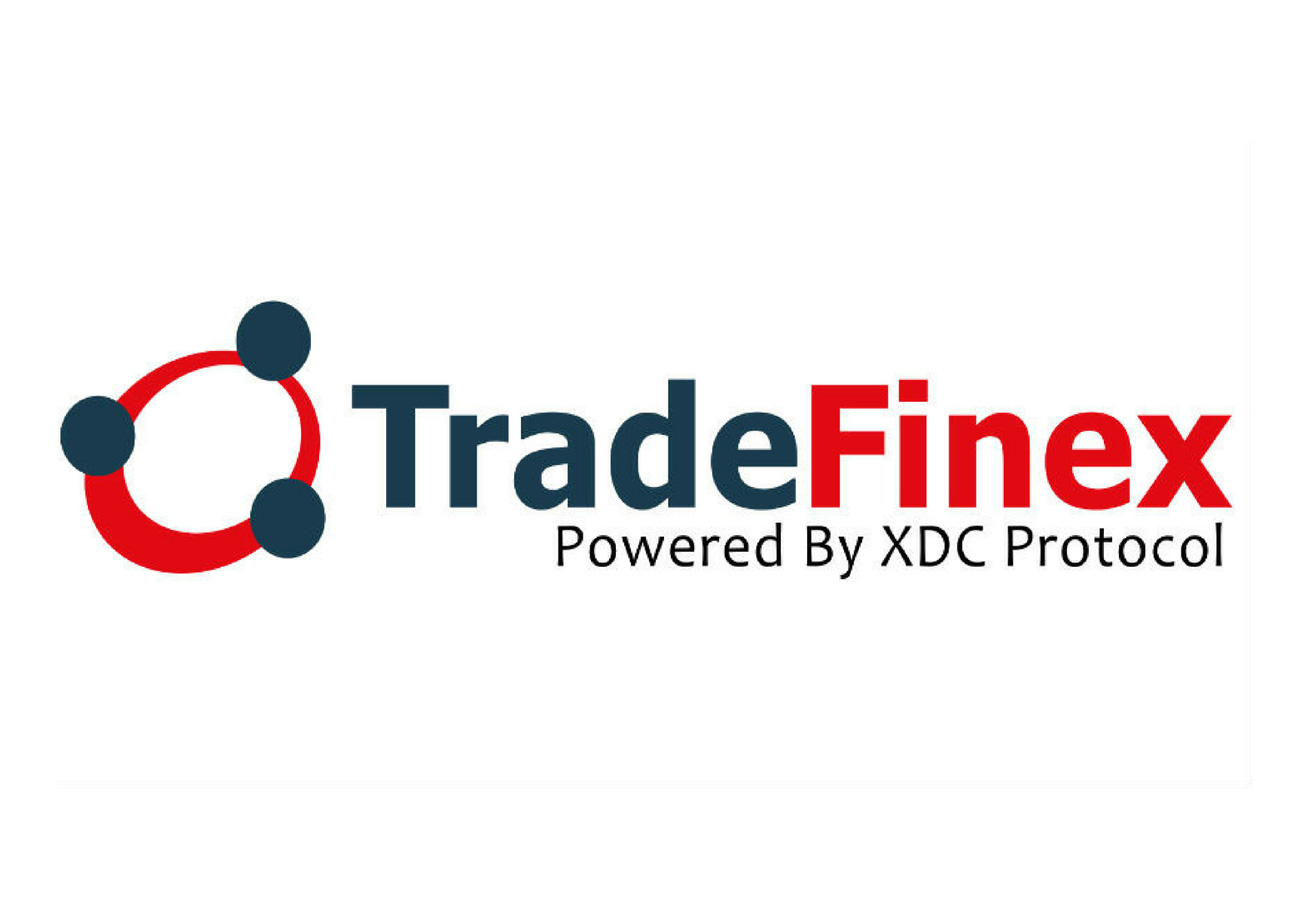 TradeFinex is XinFin’s global marketplace platform for peer to peer trade and financing. It will enable buyers, sellers, and financiers to find a more efficient way to trade together. Also, “anyone holding XDC tokens (below) can become a financier on the TradeFinex platform.”

XinFin Digital Contract (XDC) is the native token that powers the XinFin network and enables real-time trade and financing. The total supply was set at 37.5 billion on June 1, 2019. That’s when the new Mainnet was started. Validator Masternodes (below) are minting new tokens to the tune of about 83 million a year. Another 25 million will come out of the pre-mined pool (37.5 billion). However, 20% of the XDC processing fees will be burned. And burning is a good thing if you like deflationary models such as Kyber’s KNC token. 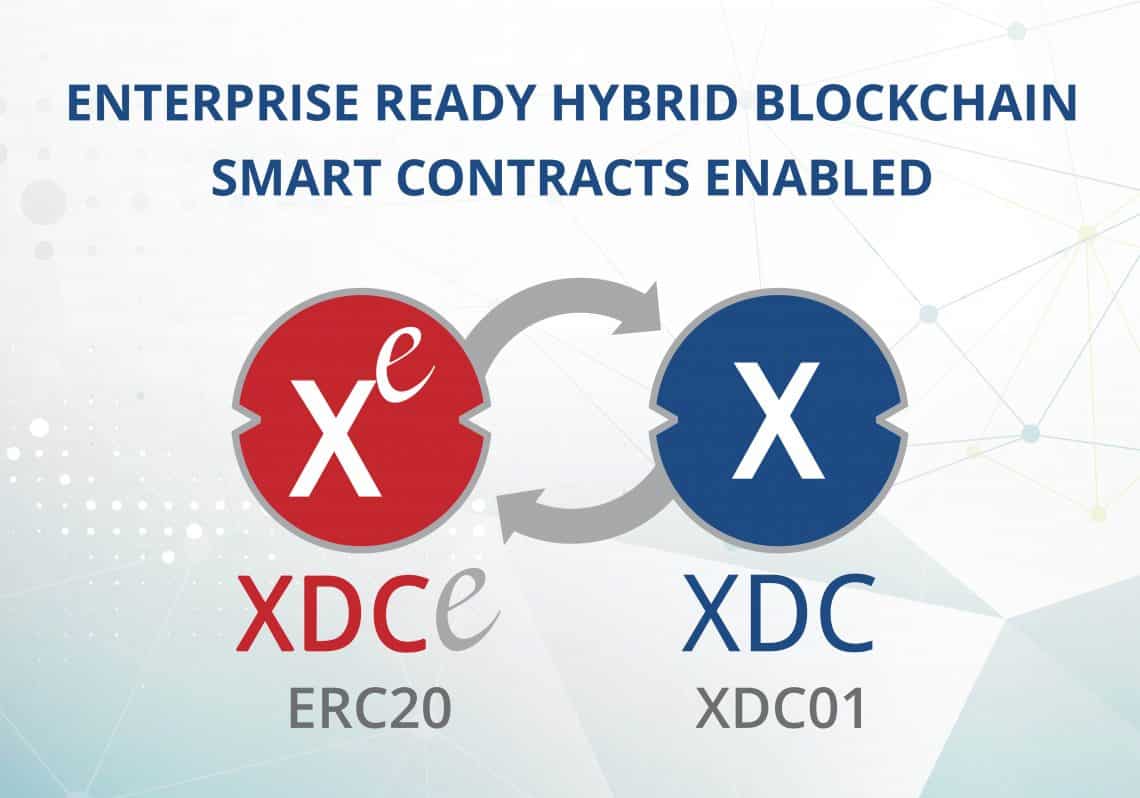 XinFin ERC-20 tokens (XDCE) are compatible with ERC-20 tokens. Fifteen billion XDCE tokens will be made available for a 1:1 swap with an existing 15 billion XDC tokens in circulation. They can perform this 1:1 swap at any time.

XDC tokens are mainly for Enterprise Use Cases. XDCE tokens are tradable on all decentralized exchanges compatible with ERC-20. They are best for speculators and traders.

The DAO hack was a wake-up call to anyone who believed the Ethereum protocol was untouchable. Smart Contracts proved to be the Trojan Horse, and XinFin admits to being “cautiously optimistic” about them.

With their Consortium blockchain paradigm, XinFin will only allow smart contracts that have been comprehensively audited.

There are different kinds of nodes performing various functions on the XinFin network. Presently there are 108 Masternodes. They are mostly computers running the Masternode software to create and validate blocks.

The requirements to run a Masternode are:

The Masternodes reach consensus via XinFin’s XDPoS mechanism and receive XDC rewards in proportion to the number of blocks they validate. Because each block is signed by the node that created it, “fraudulent additions to the XDC blockchain are easily prevented.”

The 108 validator Masternodes each have 10 million XDC staked. They are guaranteed a 10% annual reward (1 million XDC) and can earn 20% of the processing fees. There will also be an additional 192 backup Masternodes that will not validate transactions but will receive 8% of the XDC from the pre-mined pool. They will not earn processing fees. However, they can become a full validator Masternode if one of the 108 resigns their position.

People can also stake their XDC on AlphaEx.net and earn approximately 5% without running a Masternode.

The Next Generation of Finance?

XinFin aims to create the next generation of money and finance by leveraging the power of blockchain technology. And although XinFin claims to be “sector agnostic,” some believe XinFin’s most significant potential lies in enhancing SWIFT by connecting blockchains to legacy fiat. Others believe the XinFin protocol could become the lingua franca of core banking systems like ERP (Enterprise Resource Planning) and SWIFT, eventually becoming its backbone.

Okay, maybe some believers are smoking too much “hopium.” Nevertheless, XinFin has a lot going for itself. Atul Kekhade, (one of the founders) already helped banks in India to run SWIFT in 2016 on what would later become XinFin in 2017. So the protocol has already been sandboxed for banking (including central banks).

TradeFinex is regulated by Abu Dhabi Global Market (ADGM), which is a hot new place to sandbox FinTech. ADGM applies English Common Law where there are disputes. XinFin has secured ex-SWIFT Corporate & Trade head Andre Casterman as an advisor, and they even have the Luxembourg space program as a member. 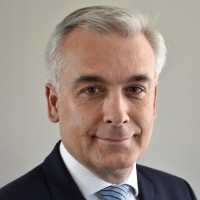 Regardless, whenever we analyze an altcoin, we like to use the following formula:

Many of us await the upcoming bankless world, but will that eventuality happen suddenly in one massive economic crash? Or is it more likely to happen in stages? If the latter scenario prevails, XinFin could be poised to reap the rewards. All they have to do is onboard these antiquated institutions. After all, they only manage the world’s largest wealth streams.

The keyword is “interoperability.” It litters the XinFin documents, and whoever can pull that off is likely to get the golden goose.

XinFin joins many other protocols that can run smart contracts written in Solidity. Start your education in Solidity today at the Ivan On Tech Academy. For a starter in blockchain education, check out Blockchain & Bitcoin 101!