What is the Neo Ecosystem and the NEO Token? 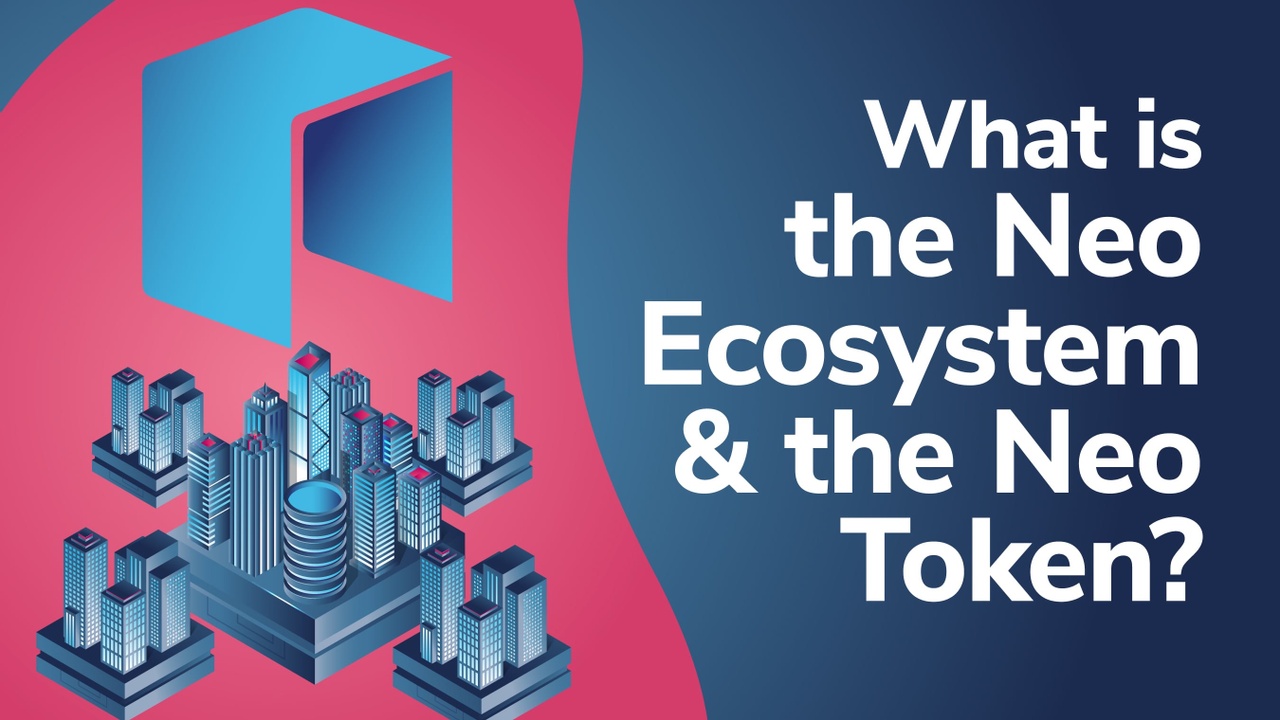 Neo is an all-in-one, open-source, community-driven blockchain development platform. Moreover, the Neo crypto ecosystem is filled to the brim with various supportive projects. These include the Neo Wallet, a Neo Blockchain Explorer, Neo News, and Neo Exchange! Furthermore, Neo provides developers with tools that aim to make it easier to get decentralized applications (dApps) to market. This is achieved by offering developers an enhanced smart contract development experience. Also, Neo is heavily focused on being regulatory-compliant, with a mission of introducing a new “smart economy”. Neo hopes to achieve this through a combination of digital assets, digital identity, and smart contracts. But, which applications can facilitate this on the Neo blockchain? How does the NEO token assist in sustaining and securing the Neo crypto ecosystem?

Neo is one of the longest-standing blockchain projects in the industry. If you’d like to learn how blockchain technology operates on a more technical level, see our Blockchain & Bitcoin 101 course at Ivan on Tech Academy. This course offers video-guided and expert-led tutorials in a simple and straightforward learning style. Following this, see our Bitcoin Money Revolution course to gain a full understanding of the history of money, the current traditional financial sector, and how Bitcoin is transforming the industry.

What is Neo Blockchain?

Neo is an open-source smart contract-enabled blockchain, offering seamless development of decentralized applications, founded by Da HongFei and Erik Zhang. Since rebranding from Antshares to Neo in 2017, the project has gone from strength to strength seeing a continuous increase in adoption. 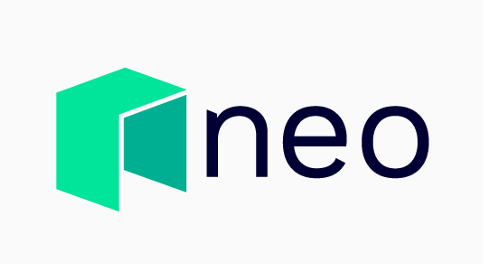 Neo was a pioneer in the early blockchain industry. Not only was it the first public smart contract-enabled blockchain to be founded in China, but it was also the first chain to use a dual-token model and the first to implement a Byzantine Fault Tolerance (BFT) style consensus mechanism. Further, Neo is still the first and only token sale to return all the original raised funds to its participants once the project had generated enough money to be self-sustaining.

The overarching goal is to become the go-to decentralized blockchain network for a “smart economy”. However, the team behind Neo recognizes that in order to achieve this goal of self-sustainability, elements of centralization must occur initially. Four main groups are collaboratively working across the globe to achieve Neo’s mission. These are; Neo Global Development, Neo Foundation, Core Developers, and Sponsored Community Groups.

To separate governance from utility, Neo uses a dual-token model. The primary native token, NEO, holds two main functions. Holders of the NEO token are eligible to participate in governance and vote on proposals to make changes to the Neo ecosystem. This is done so through the Neo Committee, a community of nodes and members with governing rights over blockchain performance parameters.

There were originally 100 million NEO tokens generated at genesis. The Neo Foundation reserved around 50% of these for continuous development incentives throughout the Neo ecosystem. Moreover, NEO tokens are one of the rarest native smart contract-enabled blockchain tokens, due to the absence of partial divisibility. This means that NEO tokens cannot be broken down into less than whole units. The minimum amount NEO token holders can withdraw from a wallet is one.

Also, NEO token holders can earn a passive income from the distribution of the Neo utility token, GAS. Furthermore, this can be achieved without staking, simply by being a NEO token holder. 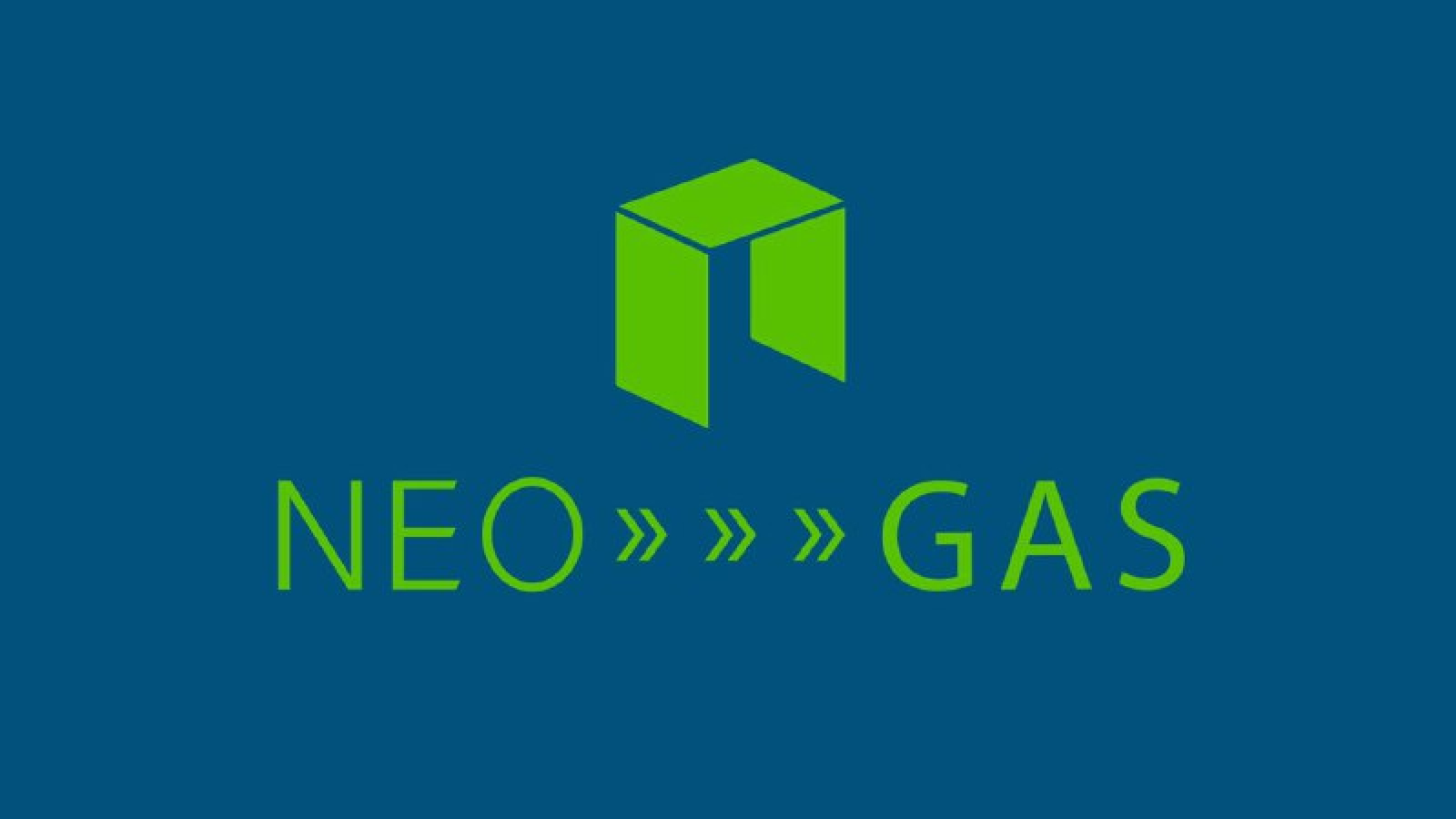 GAS tokens are directly distributed to NEO token holders, with most wallets facilitating a “claim rewards” feature. However, crypto exchanges are not obliged to distribute GAS tokens. Some exchanges will airdrop tokens to NEO token holders on their platform and others may not. If you would like to participate in Neo governance, be sure to use a wallet that supports the Neo voting function.

Thanks to the dBFT consensus mechanism (delegated Byzantine Fault Tolerance), the Neo blockchain guarantees one block finality. This means that transactions on Neo can be verified much quicker than many other blockchains that require several block confirmations to finalize a transaction.

This is achieved because only two-thirds of the network nodes need to agree on a transaction before it is finalized. Unlike Bitcoin’s Proof-of-Work consensus mechanism, for example, which requires 100% node consensus before finalizing transactions. The dBFT consensus mechanism “immediately eliminates the possibility of transaction reversal”. Furthermore, this feature also means that the Neo blockchain will never fork.

Oracles provide real-world data to smart contracts, communicating valid and reliable specified pieces of information to execute a transaction. For example, when creating a blockchain-based sports game bet with a friend, an oracle would confirm the score of the game from multiple sports websites, relay this information to a smart contract that could then automatically deploy the winnings to the relevant party. 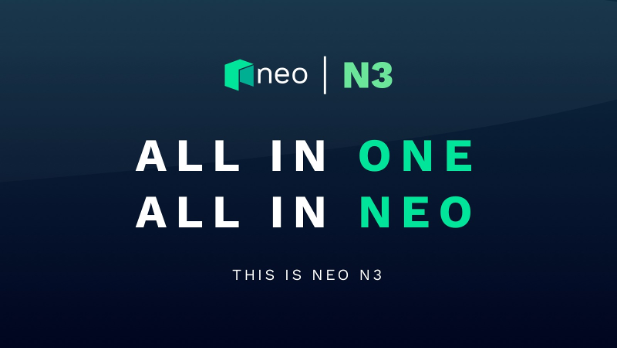 With the launch of the Neo blockchain N3 update (mentioned further on), Neo is introducing a built-in oracle service. Developers building decentralized applications (dApps) on the Neo blockchain can invoke the native oracle contract. This will create the ability to trigger a data request, with the option to include the relevant URL link and filters.

Neo Oracles will be validated by their own individual network of Neo blockchain nodes. Nodes will be elected by the Neo Council to ensure the reliability and integrity of the data feeds. To learn more about oracles, save our Oracle Deep Dive article for later! Also, if you want to learn how oracles work on a technical level, be sure to check out the Chainlink 101 course at Ivan on Tech Academy!

Smart contracts on Neo can be written in over five different programming languages including; Python, C#, Java, and Go. Neo believes in “bringing blockchain to developers”, as opposed to enforcing it the other way round. After developers have written their smart contracts, they are compiled to the standard NEF (Neo Execution Format). At this point, contracts are eligible to be executed within Neo’s lightweight virtual machine, NeoVM. With the new Neo blockchain N3 network, developers can expect to see improved performance of the NeoVM. 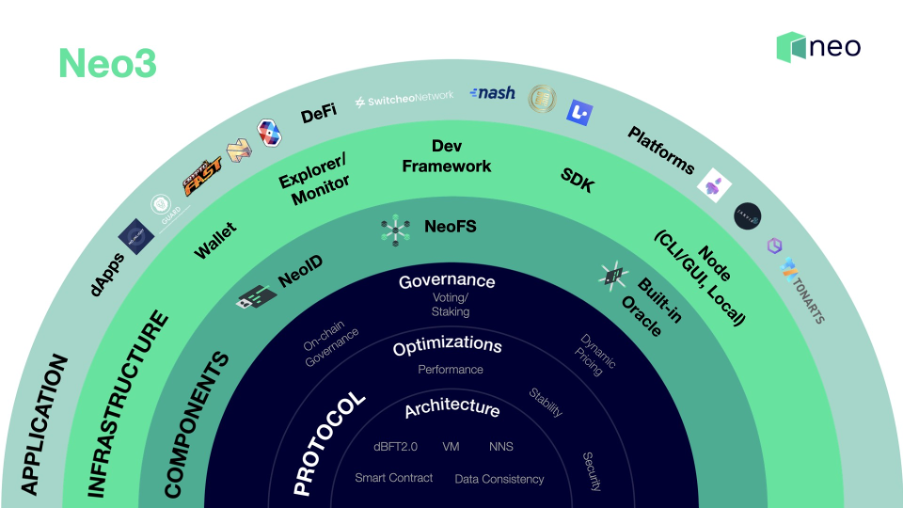 Would you like to learn how to write your own smart contracts? It’s far easier than most people think! Plus, Ivan on Tech Academy has an array of courses in various areas of programming that can show you how to achieve this goal - even if you have zero experience! For readers completely new to programming we strongly suggest our Javascript Programming for Blockchain Developers course, teaching you the fundamentals of coding. Or, you can introduce yourself to programming with our C++ Programming for Blockchain Developers course, designed for beginners before moving onto blockchain programming.

NeoFS is a distributed data storage facility used for data within the NEO crypto network. Designed for complete security and privacy, NeoFS acts “as a drop-in replacement for expensive centralized data silos”. All data is secured through cryptographic encryption and provides developers with full control over where their data is stored, and how.

Similar to Filecoin and Siacoin, NeoFS operates as a free market allowing anyone to become a storage node contributor. Storage nodes are put in front of developers who can specify their choice of storage, from specific geographic locations to certain types of storage disks.

NeoFS is deeply integrated with Neo blockchain allowing developers of a public blockchain to access data stored in a decentralized cloud. Working in tandem with Neo Oracles, developers can use NeoFs at a code level, to access and manipulate “data from within NeoVM without the cost of persisting the data on-chain.”

With Neo, developers can build decentralized applications on the Neo blockchain that are interoperable with some of the biggest blockchains. These include Bitcoin, Ethereum, Binance Smart Chain, Elrond, Huobi Eco Chain, Ontology, and Cosmos-based chains among several others. Interoperability with Neo and other blockchain networks has been made possible thanks to Poly Network. 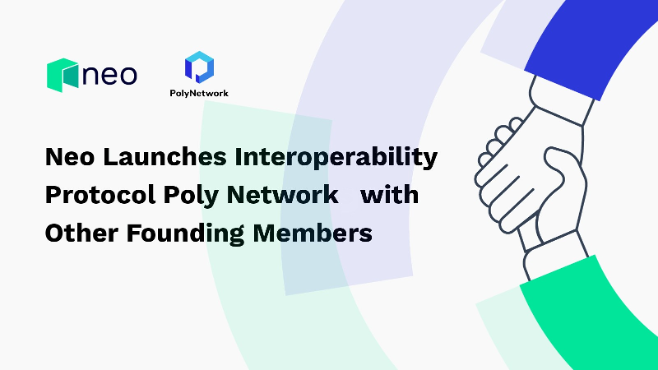 One of the most integral parts of the Neo crypto ecosystem is the ability to create a digital identity. Digital identity is one of the hottest trends in the blockchain industry as it has solved many issues surrounding the identification and validity of identity documents. NeoID gives users the ability to create their own decentralized identity, immutably stored on the Neo blockchain.

A ‘decentralized identity’ can vary in definitions and types of protocols slightly, depending upon the project. The self-sovereign decentralized identity solutions offered by NeoID can be integrated throughout the Neo ecosystem. This means that when using their personal digital NeoID, users are in control of the privacy of their data, with their identity secured through cryptography.

Similar to the Ethereum Name Service, Neo offers decentralized domain names for web applications created on the Neo blockchain. The domain names available end in “.neo” and can be used in place of a regular wallet address to make sending crypto as simple as sending an email. Instead of a long string of numbers and letters, users can send funds to “myname.neo” for example.

Neo Tracker works much like other block explorers such as Etherscan. With Neo tracker, users can search for addresses, follow transactions, and explore blocks on the Neo blockchain, and more.

The native Neo crypto wallet is used to transfer NEO or GAS when making transactions or interacting with smart contracts across the Neo blockchain. This simple-to-use web wallet makes it easy to navigate the various decentralized applications throughout the Neo crypto ecosystem. 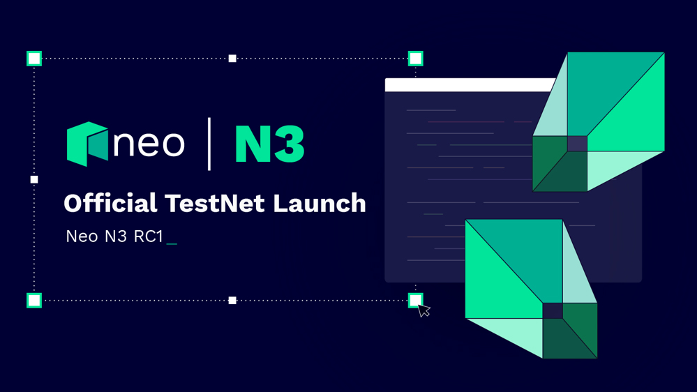 The date for the official launch of Neo3 is yet to be confirmed. However, with the update, will come an increase in the decentralization of the Neo blockchain. This will be achieved by introducing the opportunity for NEO token holders to vote on further critical blockchain parameters.

The Neo blockchain ecosystem aims to achieve Neo’s mission of a new “smart economy”. This includes digital asset exchange and management applications, decentralized identity, and smart contracts that can be written in multiple languages. 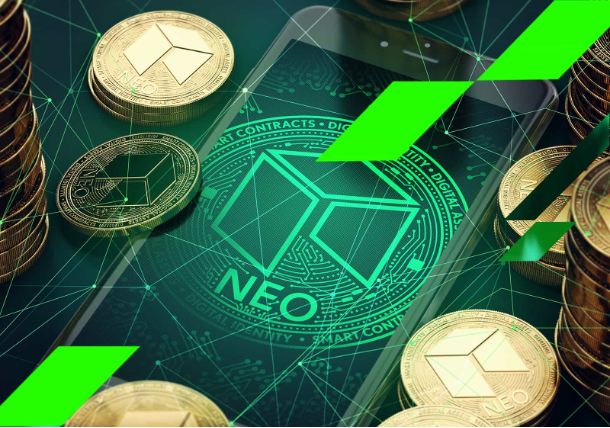 Moreover, the Neo Oracle service seamlessly intertwines with smart contract development on the Neo blockchain. This is in addition to the frictionless opportunity for interoperability with some of the largest blockchains in the industry. Neo has developed an ecosystem benefitting all parties and users involved. Holders of the NEO token can vote on proposals and updates, alongside making a passive income with DeFi earning GAS tokens without the need for staking. Further, with the developments of the Neo blockchain N3 upgrade, Neo3, we can expect to see an increase in adoption and attention around the project.

If you would like a video-guided tutorial of setting up the most frequently-used Web3 wallet to interact with decentralized finance (DeFi) protocols, see our DeFi 101 course! Our expert-led guide to installing and navigating MetaMask is simple and easy to follow. Moreover, upon completion, our DeFi 201 course shows students how to use DeFi protocols to take advantage of crypto arbitrage opportunities, decentralized hedge funds, and flash loans! A welcoming community of 30,000 like-minded students awaits you, at Ivan on Tech Academy.