What is Polkastarter and the POLS Token? 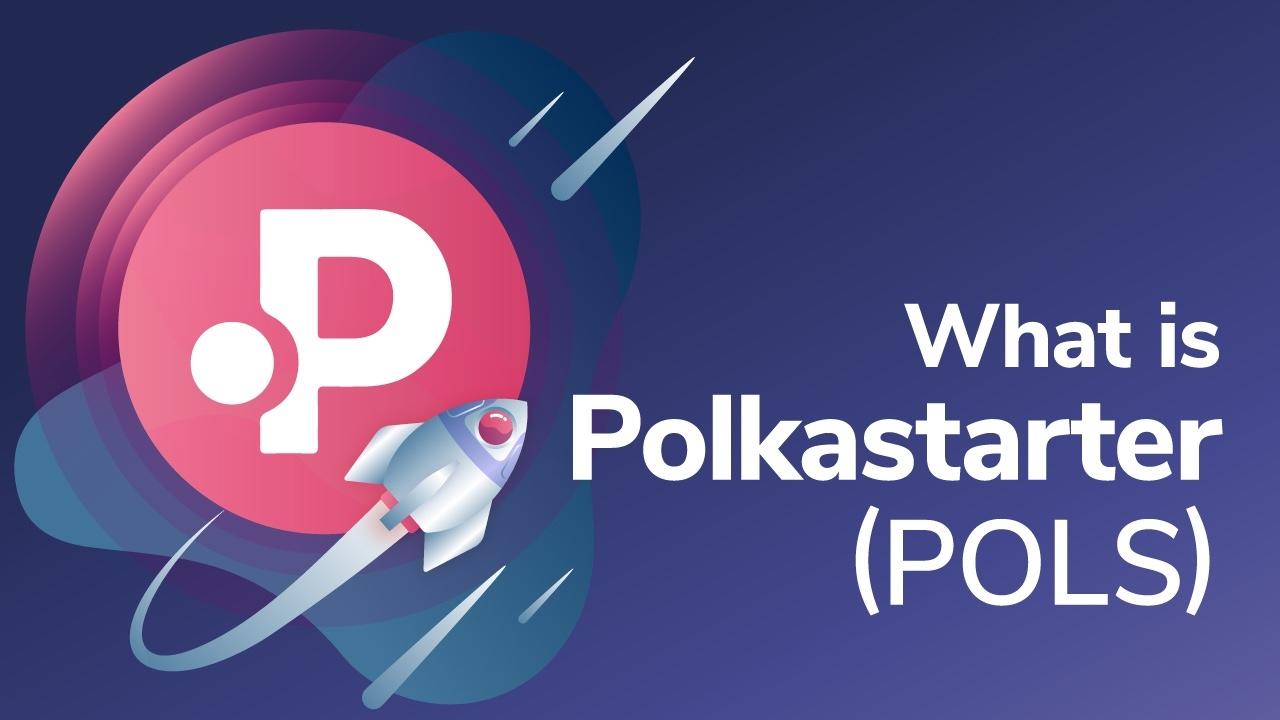 Interoperability is becoming an essential feature for new DeFi projects. The idea of being bound to a single blockchain is becoming increasingly rejected as projects look towards a future where DeFi is limitless. Polkastarter is one of the latest projects to be built on Polkadot that is taking the crypto world by storm. The native POLS token has seen incredible price action over recent days, and investors are starting to get excited. But what is Polkastarter?

Cryptocurrencies and blockchain technology are quickly becoming recognized by the mainstream media and the general public as one of the most important innovations of a generation.

If you’re looking to up-skill or find a new career in an emerging industry, Ivan on Tech Academy is the best place to get up to speed with all of the latest information. Ivan on Tech Academy has courses to suit everyone, with or without previous experience. From our Crypto Basics course to Bitcoin 101, Ethereum Gaming, and much, much more! There has never been a better time to get involved in crypto. Check out our Crypto Career Guide to find your perfect job in crypto today!

Polkastarter is a cross-chain decentralized exchange (DEX) built on Polkadot for token pools and auctions. The Polkastarter platform serves as a decentralized crowdfunding launchpad for up-and-coming crypto projects to raise capital and build a dedicated community. 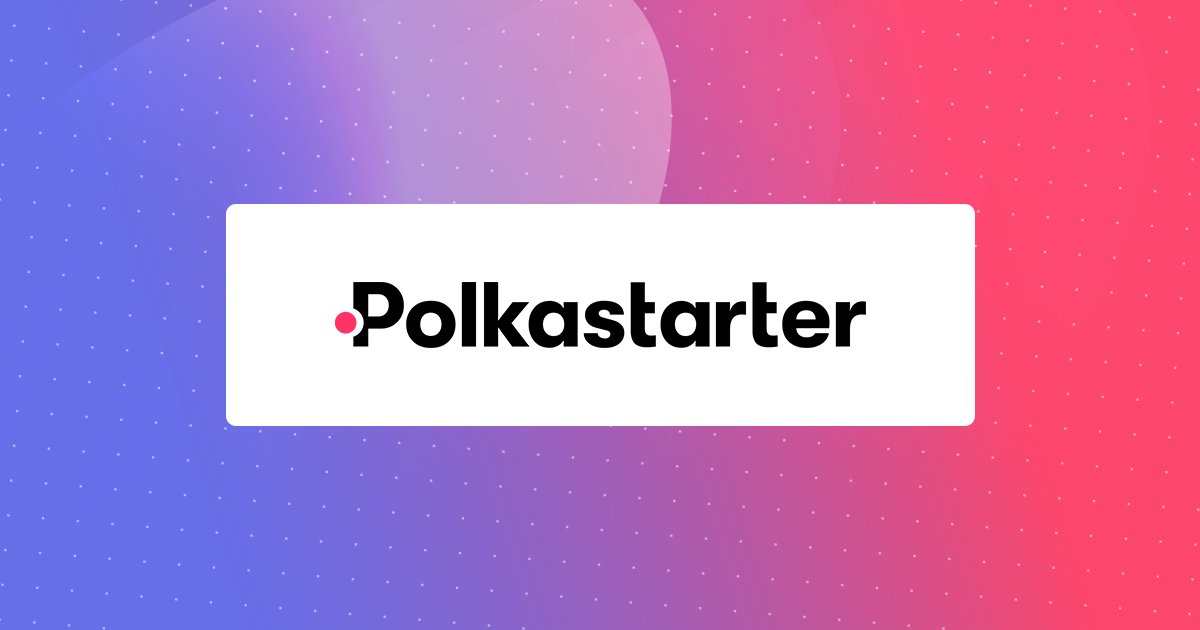 The innovation behind Polkastarter includes the interoperability of Polkadot and the liquidity of Ethereum and other big blockchains. Thanks to cross-chain development, the Polkastarter DEX includes token standards far beyond the Ethereum ERC-20 tokens. Scaling solutions by the Polkadot ecosystem mean the users of Polkastarter experience super-fast and cheap transaction confirmations. This has been created as a solution to the Ethereum network congestion.

Polkastarter has been designed with a set of familiar auction infrastructures, such as sealed-bid auctions. Additionally, other styles include Dutch auctions, dynamic, and fixed ratio swaps. Further features on the platform also play a massive part in Polkastarter’s popularity. These include password-protected private pools, whitelisting, smart contract token swaps, and even high slippage price alerts!

To achieve complete decentralization, the Polkastarter protocol is completely open-source, creating a permissionless environment. This means that developers can implement Polkastater’s core framework into their own project for the creation and sales of fixed token auctions. However, additional unique features have been implemented on the Polkastater platform.

Users can earn rewards by providing liquidity on the Uniswap platform by staking POLS. Users will then earn rewards on a percentage of the transaction fees (more explained below).

Furthermore, the POLS token can be used to gain early or limited access to token pools on Polkastarter through staking. It’s worth bearing in mind that users must first provide liquidity before being able to stake POLS and earn rewards and perks for doing so.

Currently, there are 100,000,000 POLS tokens written in the protocol to be minted. 22,500,000 of which are committed to liquidity - split between liquidity token rewards and secondary liquidity provision.

What Is Polkastarter Liquidity Mining With POLS Token

One of the main challenges with crypto token sales is the liquidity provision (or lack thereof). The critics of crypto can’t stave away from the price volatility of new tokens, due to the relatively scarce liquidity. Think of it this way - your investment is a stone - and the liquidity pool is water. If you drop a stone into a small puddle, it will cause more of a disturbance and ripple-effect than if you had dropped it into the ocean. The same principle applies to decentralized token pools.

Liquidity mining has become a popular tokenomic model to reward users who provide liquidity to a token pool, in a way to combat this issue.

Polkastarter rewards liquidity providers in POLS tokens every week, respective to the percentage of the pool they’ve provided liquidity to. Rewards will appear for 24 hours when users can log into their account to claim. If rewards are not claimed by the deadline, the POLS tokens will be returned to the rewards pool, and distributed again at a later time.

What is Polkastarter without its successful token pool creators? Below we have given a brief overview of some of the top-performing projects that have launched through Polkastarter. Most of these token sales sold out in minutes, if not seconds. These projects are displaying some of the hottest trends in crypto!

The role of a decentralized autonomous organization (DAO) has become a key part of governing decentralized protocols. However, the current frameworks in place for governance are deemed by many to be flawed. This is due to the concentration of governance tokens that often leads to a move away from decentralization.

SpiderDAO aims to overcome the issues faced by current DAO frameworks by utilizing a multi-layered governance system. This system is based on both hardware and software tools created on Polkadot.

SpiderDAO aims to establish a new standard for secure, robust DAOs that are not only sustainable but also easy to build. SpideDAO offers a range of tools to make this a reality so that DAOs can be created fairly and in a truly decentralized manner.

The MahaDAO platform is a cryptocurrency project behind the soon-to-launch ARTH token. MahaDAO claims that the ARTH token will be the “world's first non-depreciating currency”. The goal of MahaDAO is to preserve purchasing power and protect against the effects of inflation and currency debasement.

The ARTH token is pegged to a highly diversified, anti-correlated basket of assets that aims to increase financial inclusion through a community-centric decentralized approach to finance. 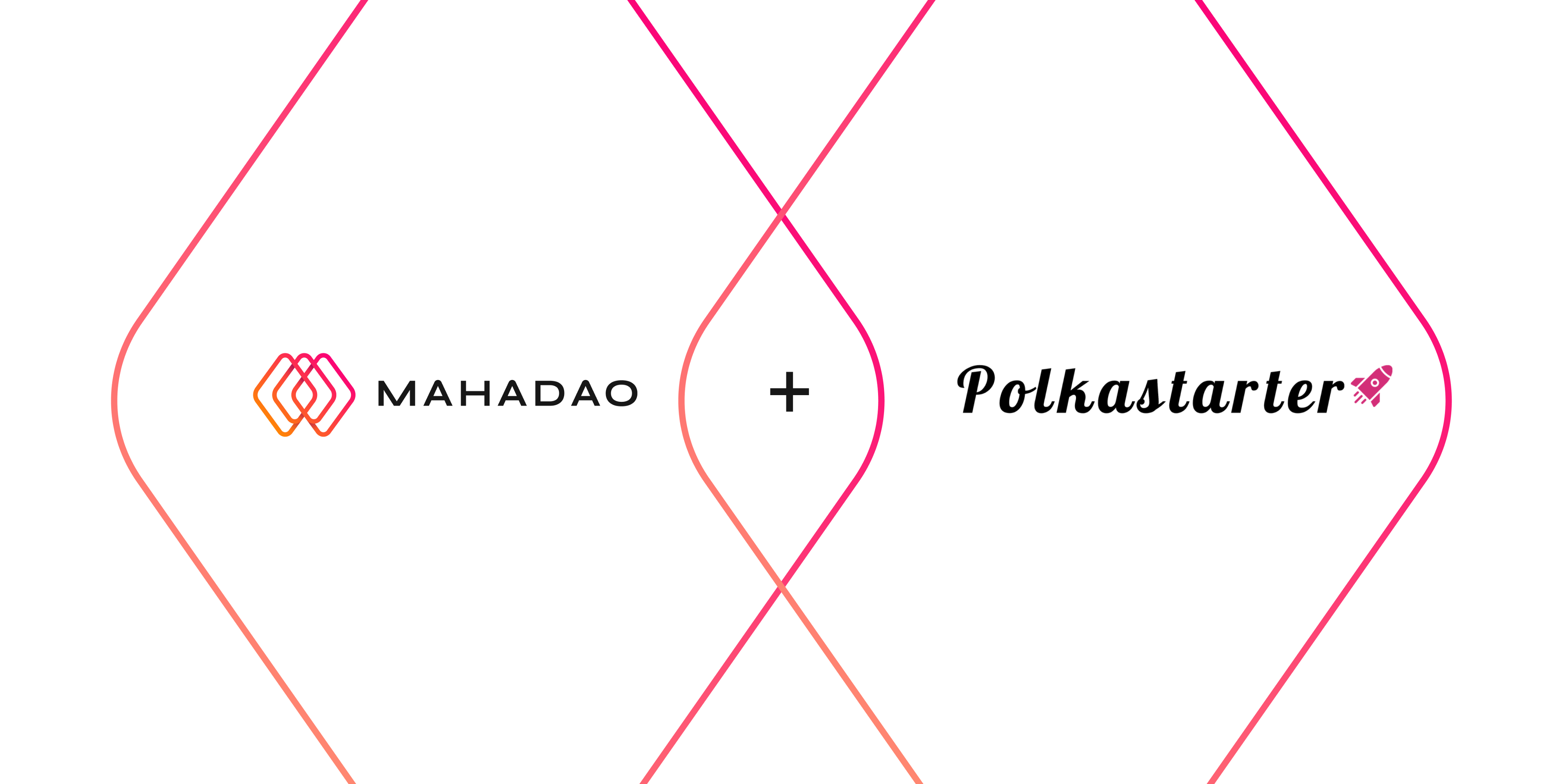 ARTH is a decentralized algorithmic currency that aims to fight depreciation. Irrespective of which direction the market moves, ARTH coin holders will never lose their buying power.

ARTH gives users financial freedom with no volatility as it’s a value-stable currency that users control. ARTH means wealth creation, one of the foremost goals of human life.

As a decentralized algorithmic cryptocurrency, ARTH was designed to combat depreciation. However, the market moves, holders of the ARTH token will retain their purchasing power.

Kambria is a decentralized AI and Robotics platform that promotes collaboration and innovation. Anyone can contribute to research collaborations and the commercialization of new ideas. Participants are rewarded for these contributions with the native KAT token. 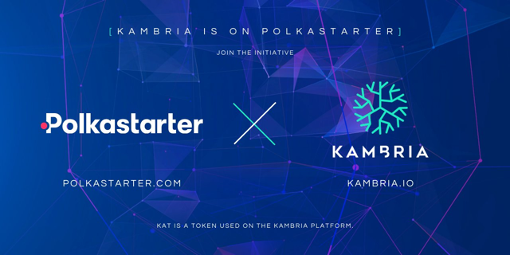 The Kambria project has formed important partnerships with leading universities and governmental bodies to create a sustainable, open platform to foster innovation in advanced technologies and facilitate the implementation and adoption of these technologies industry-wide.

Fire Protocol was the first platform to be built on Huobi (Smart) Eco Chain (HECO). HECO is an Ethereum compatible public chain for Blockchain Developers.

The Fire Protocol ecosystem facilitates cross-chain wrapping services, allowing token swaps across multiple blockchains. Also, Fire Protocol features a decentralized exchange for trading and a Money Market for liquidity provision. Fire Protocol can be compared to an amalgamation of Uniswap, and Compound, but with lower transaction fees and faster confirmation times.

Exeedme is a gaming tournament platform that harnesses the power of blockchain technology. The platform enables developers and gamers to monetize their skills with a transparent “play-to-earn” model. 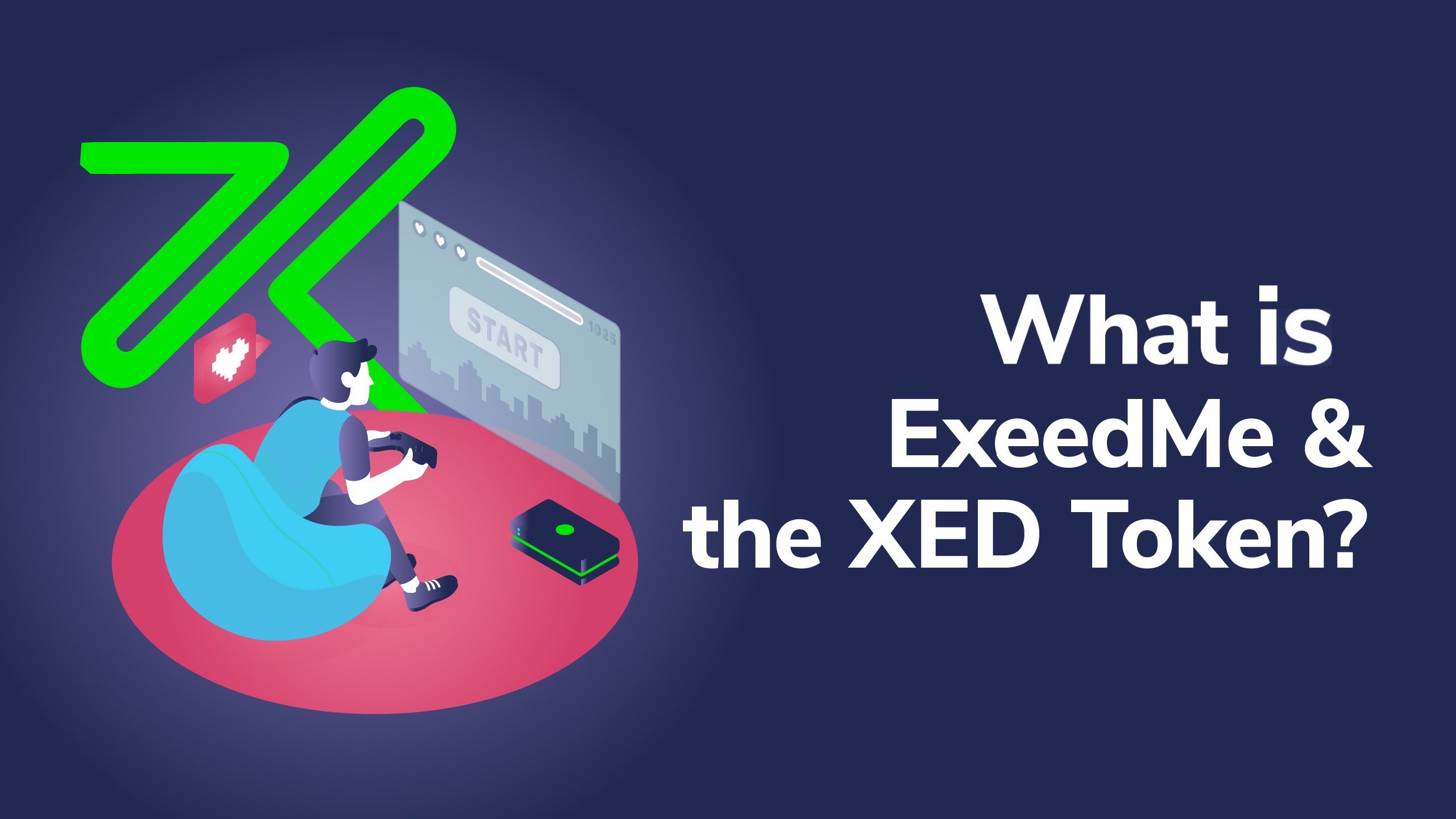 Using the Exeedme platform, developers can create games that incentivize players with cryptocurrency prizes for participating in, and winning tournaments. This is done with the XED token. Also, Exeedme facilitates the use of non-fungible tokens (NFTs) for collectibles and in-game assets which can also be traded and monetized.

Do you have an idea that would be great for a game? Would you like to learn how to create your own blockchain-based game? Ivan on Tech Academy has all the resources and tools for you to learn how to build a decentralized gaming platform - whether you’re a programmer or not! Make sure to see our Unity Blockchain Game Development 101, or Enjin Blockchain Game Development 101 courses to get you on your way. Think about it - is there any better time than now to learn a new skill in an emerging industry?

As Polkastarter has been built on the Polkadot blockchain, which isn’t ready for smart contract deployment yet, the Polkastarter roadmap is split into two sections:

Phase 1 saw the launch of a fully-functioning prototype released on the Ethereum blockchain. This prototype is known as an MVP (minimum viable product). Currently, only ERC-20 based token pools and liquidity will be available on the Polkastarter protocol. Furthermore, the initial launch will only facilitate fixed swaps. Polkastarter offers users access to fixed auction pools, where users can pay a predetermined fixed amount of ETH or POLS for a set amount of tokens.

These measures have been put into place partly to circumnavigate many of the issues associated with automated DEXs such as Uniswap. Although Uniswap is a fantastic platform for token swaps, token launches on Uniswap are often front-run by bots. As a result, many people end up getting rekt when investing early as the price of the token dumps very quickly. 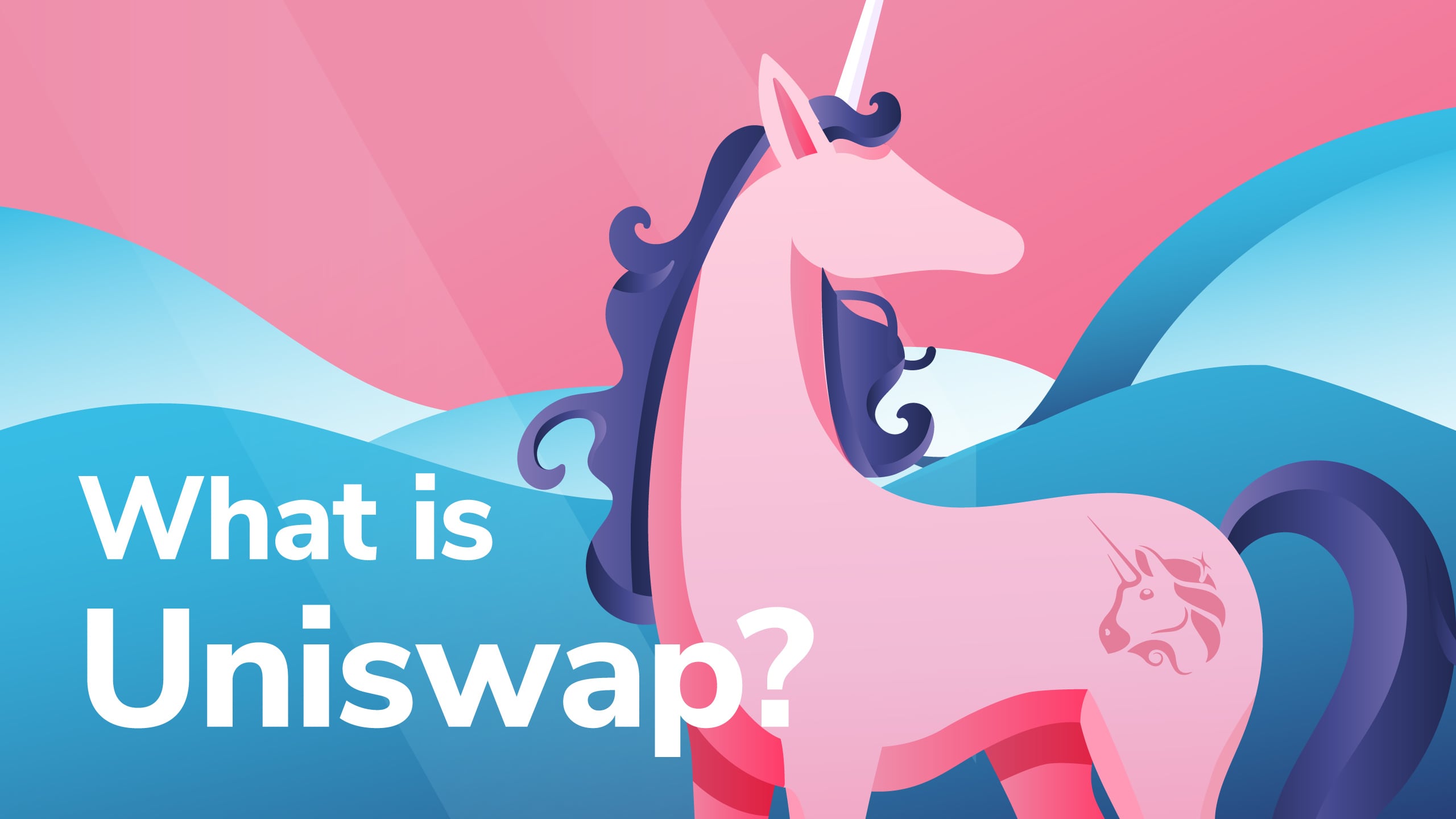 Crucially, Phase 1 will be an opportunity for the Polkastarter developers to gain feedback from the community. This gives the team a key insight as to how the protocol works from a user’s perspective, allowing informed adjustments to be made to future updates.

Phase 2 will be split into two parts, a, and b. Firstly, Phase 2a will see Polkastarter launch mainnet version 2.0 on Polkadot. Following this, Polkastarter will begin to facilitate multi-chain token pools using DOT tokens as liquidity.

Phase 2b will be a push toward further interoperability. Polkastarter plans to facilitate token swaps on Polkadot’s BTC, ETH, and USDT bridge chains. Make sure to check out our deep dive on Polkadot article to understand the full Polkadot ecosystem development. 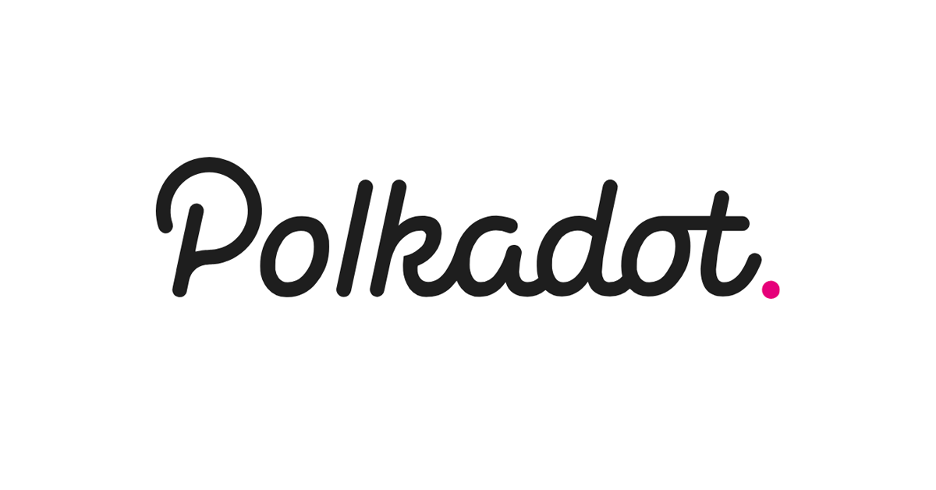 We can also expect to see further developments to the auction platform during this phase, as the Polkastarter ecosystem begins to realize its full potential. Also, we will likely see further utility and functionality brought to the POLS token.

What Is Polkastarter? Summary

Crypto incubator and launchpad projects look set to be huge in 2021. By creating a dedicated community of POLS token holders, Polkastarter is changing the way cryptocurrency projects raise capital. This new incentive model is proving to be a huge success, with other projects such as TrustSwap and DuckDuckDao also offering similar services. Furthermore, Polkastarter aims to bring higher throughput to DeFi, with faster and cheaper transactions, while harnessing liquidity from several blockchains simultaneously.

Now, when someone asks you “What is Polkastarter?”, you’ll be able to give a confident explanation of the project. Also, you should now have a better understanding of how crypto launchpad platforms work and the different approaches taken to raise capital for new projects.

If you’d like to further your understanding of cryptocurrency, Ivan on Tech Academy is the ultimate online blockchain education suite. With courses designed by industry-leading professionals, Ivan on Tech Academy covers every aspect of the blockchain industry, with all the latest information in one place. Also, the Academy has a fantastic community made up of like-minded people, providing a great networking opportunity. If you’re thinking of how you could use blockchain to your advantage, be sure to check out Ivan on Tech Academy. Here, you’ll find everything from our Bitcoin Standard and Ethereum 101 courses, to Algorithmic Trading and Technical Analysis!