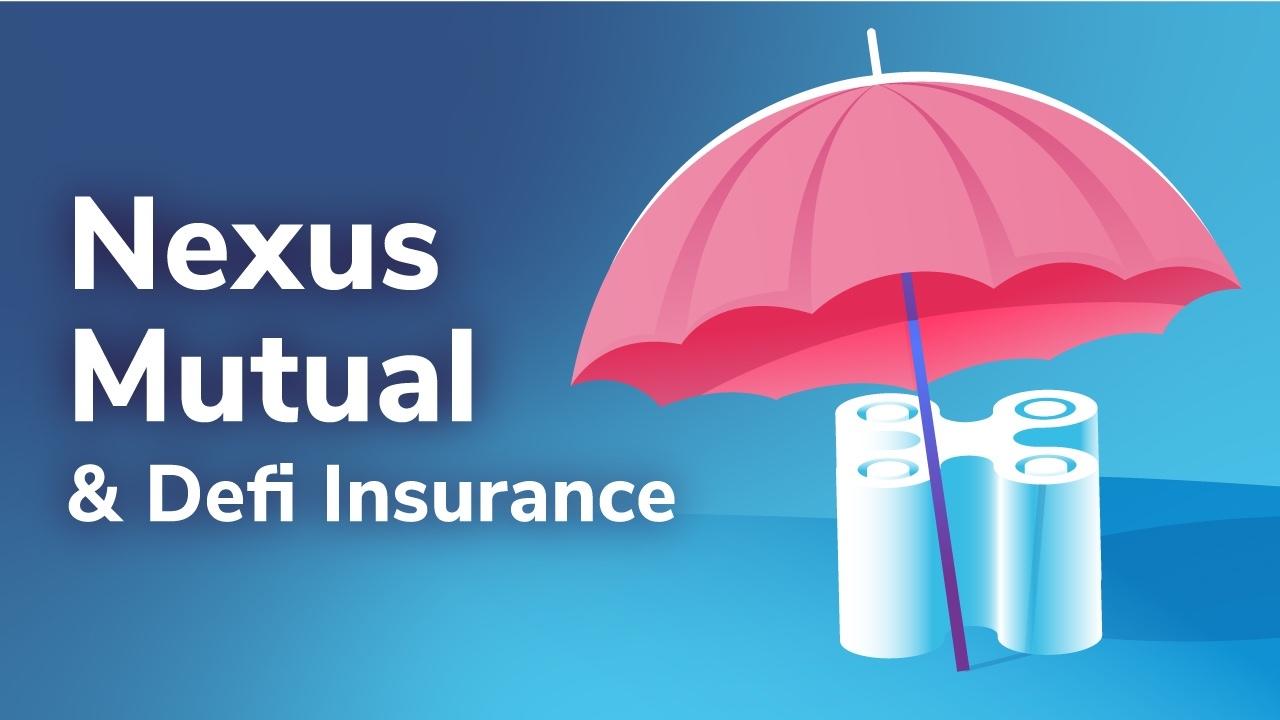 Decentralized Finance (DeFi) is still all the rage in crypto these days. With more users onboarding from the traditional world of finance, it’s only natural they’d want to hedge some of their risks. That’s where DeFi insurance comes in. As such, this article takes a closer look at some options for decentralized insurance, such as Nexus Mutual.

Nevertheless, it can be worth prefacing this with the underlying raison d’être for Nexus Mutual. One of the biggest risks DeFi users face is with smart contract failures. Whether it be bugs or hacks, smart contract fails are a quick way to have your money disappear. Wouldn’t it be nice if there was a way to hedge that risk? Well, thanks to protocols like Nexus Mutual, now there is.

What is Nexus Mutual?

Nexus Mutual is a decentralized insurance protocol that helps users hedge against smart contract risk. With the power of the Ethereum blockchain, users can share the risk without going through an insurance company. That’s right. Nexus Mutual is not an insurance company—at least not in the traditional sense. Its members decide on the validity of each claim filed. And each decision they make is recorded and enforced transparently on the blockchain.

Insurance can be seen as somewhat of a boring subject for many of us in DeFi. That’s because the DeFi space naturally attracts risk-takers. However, insurance is a niche that needs filling and there is massive potential here. If someone loses their money in DeFi it’s not like they can pick up the phone and call their bank manager. And if the goal is to onboard mainstream users, there needs to be a way to assure them that some of their risks can be mitigated.

Many smart contracts in the DeFi ecosystem haven’t even been audited so they could be full of security holes. That means loads of ERC-20 tokens could be ripe for the picking.

Insurance Then and Now

In the old days, communities would pool their resources to offset some of the common, daily risks each individual faced. If something bad happened to someone in the community the village elders could decide whether to dip into the pool to provide assistance or not.

This insurance model was nice and communal, but it couldn’t scale properly. This is especially true with the amount of trust required between so many individuals. So, as societies grew, profit-motivated insurance companies began to take on some of the risks—so long as they could make money in the long run. This system could only work however with heavy government oversight and a vast, bureaucratic, legal framework. 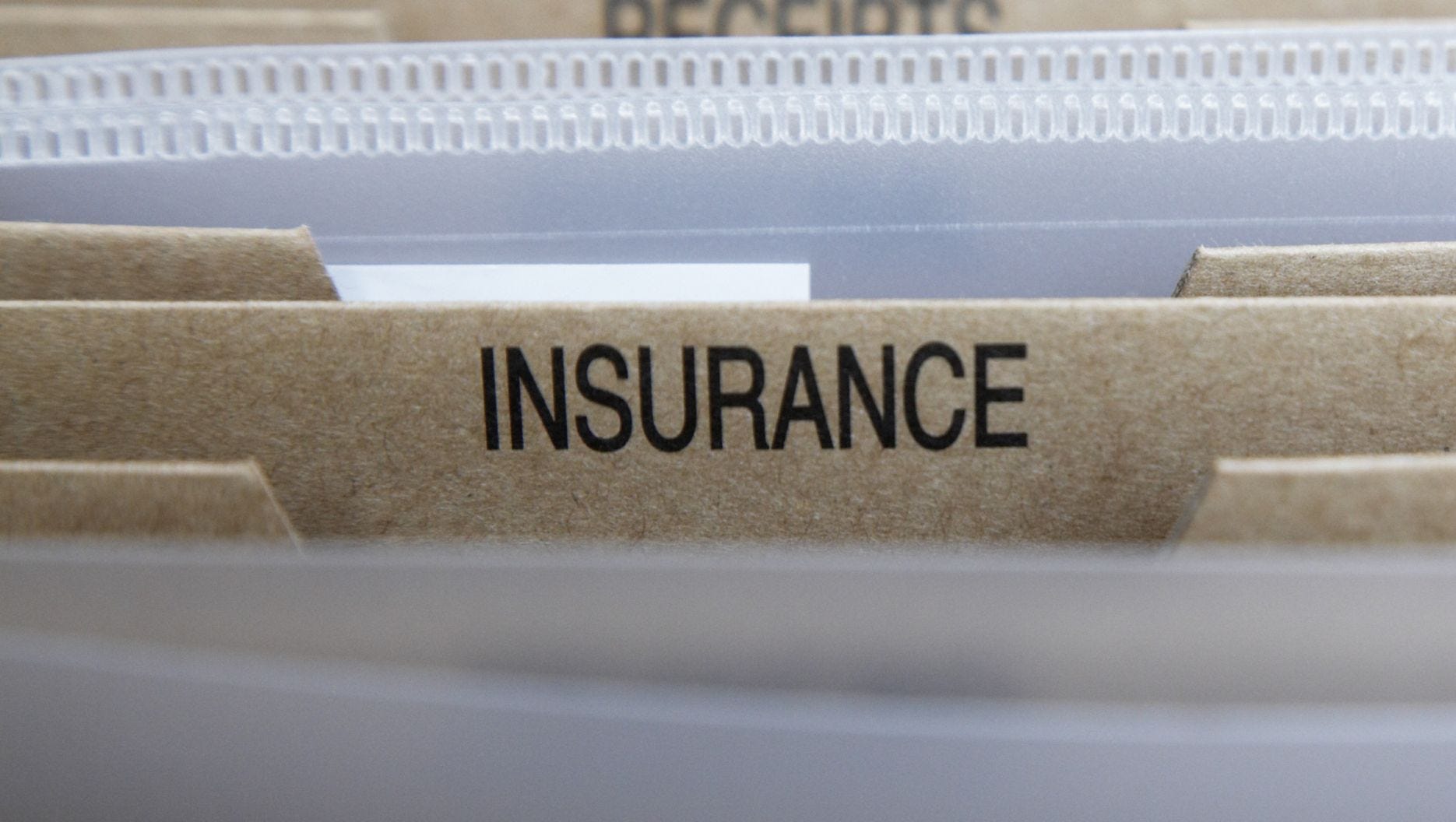 So here we are in the age of DeFi and Nexus Mutual has come along to disrupt the insurance industry. They aim to take the power away from large insurers and give it back to the individual. They are different from traditional insurance companies in that they are member-driven. And Nexus incentivizes its members to participate in Governance, Claims Assessment, and Risk Assessment.

With Nexus Mutual, anyone can purchase coverage. They provide a risk-sharing pool that provides users simple, transparent protection against their financial risks. So, their protocol is DeFi’s alternative to traditional insurance.

The Difference Between Nexus and Traditional Insurance

In a traditional insurance agency, the insurers decide on what to do with the customer’s money. How to invest it, which risks to cover, when to pay shareholders, etc. But if you’ve ever tried to get your insurance company to pay on a claim then you know it’s like pulling teeth. They conduct lengthy damage assessments and rarely pay out what the asset was worth.

DeFi insurance is intricately tied to decentralized finance, or DeFi, overall. If you want to learn more about blockchain technology and DeFi, you should be sure to check out the blockchain courses available on Ivan on Tech Academy. Right now, you get 20% off with the special promo code BLOG20! 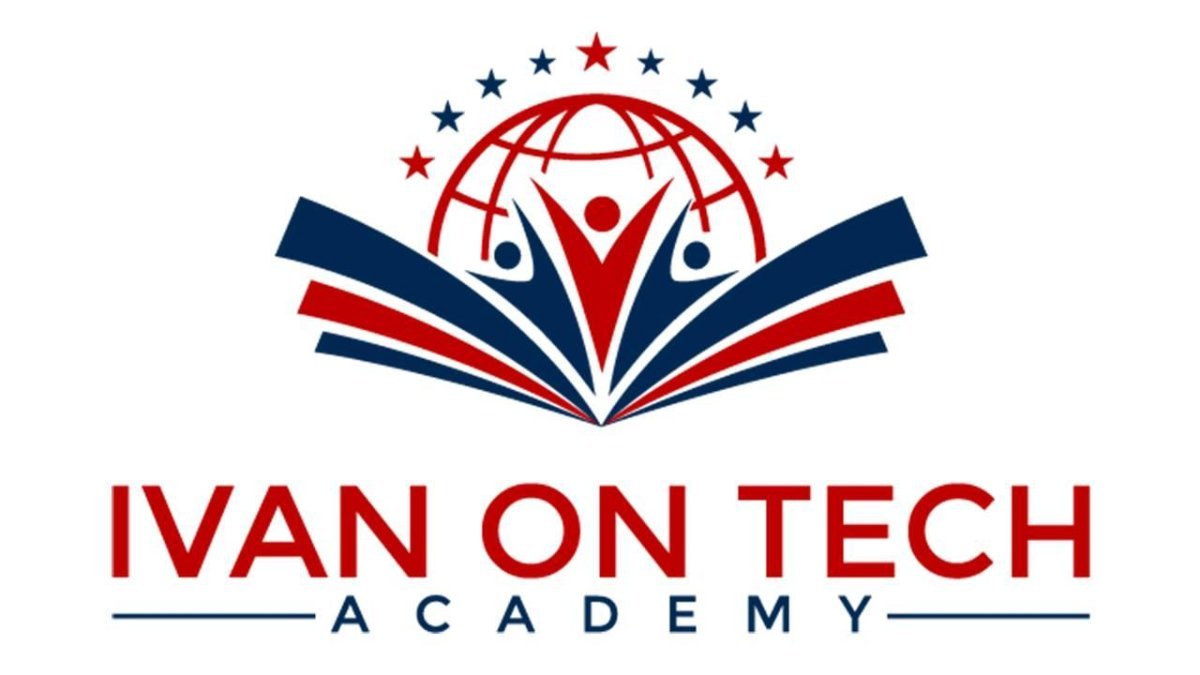 Presently Nexus Mutual can cover any valid smart contract on Ethereum. Taking out a policy is somewhat like betting that a particular smart contract will fail. 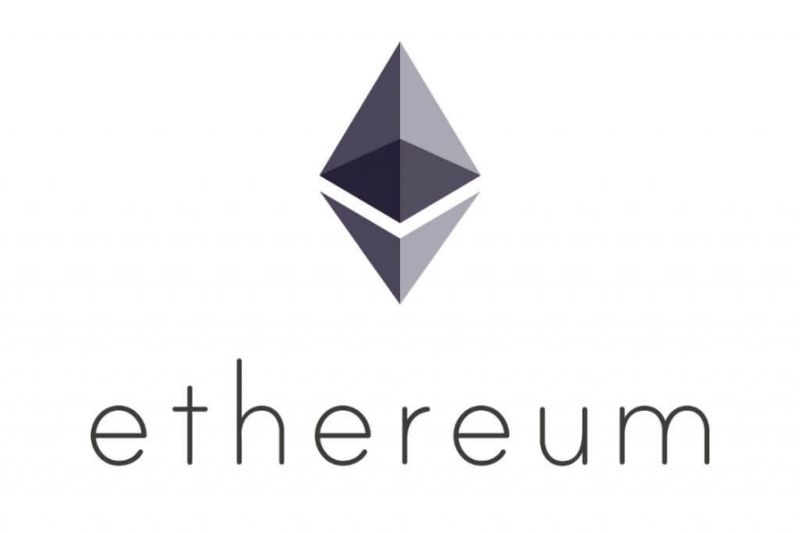 It works like this. Anyone can take out a policy on a smart contract whether they use the smart contract or not. Payouts are not based on covering the personal loss. Members who purchase smart contract cover may get paid a different amount than what was lost or stolen in a breach.

To purchase cover from the Nexus dashboard all the user needs to do is:

1) Connect with a Metamask wallet

2) Choose how much coverage

4) Select the period of time

5) Generate the quote and verify the transaction on Metamask 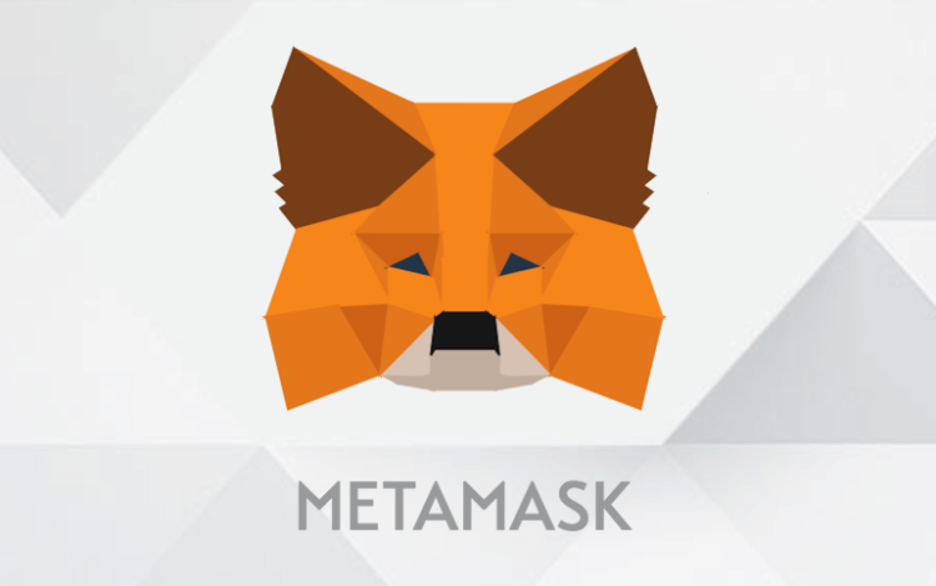 Users do not need to own the NXM token to purchase coverage. They can also purchase it with ETH or DAI. The protocol will then convert it to NXM. The user will be asked to become a member at this point. This requires paying a small fee and submitting to a KYC/AML check.

$630k is the set limit of coverage on each protocol. The amount is based on how much value is staked and available to pay the claims. Again payouts are not based on loss. Users only need to take out a policy on a smart contract that breaks or gets exploited to get a payout.

The NXM token represents governance rights and affords members the ability to participate in claims and risk assessment. Hodlers of the NXM token operates Nexus Mutual. Members can’t vote until they stake NXM tokens. And earning NXM tokens incentivizes them to participate. Again, only those who vote on the winning side earn new tokens with rewards flowing in proportion to the size of the payout 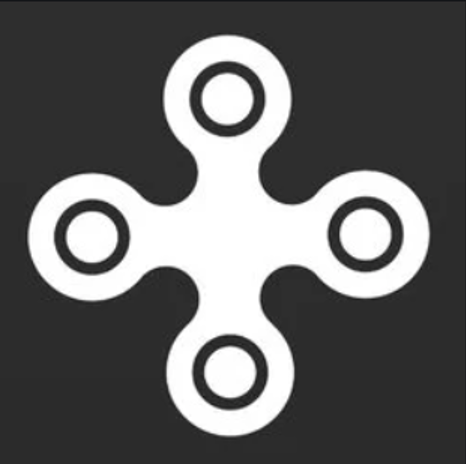 To get more technical, Nexus Mutual leverages a bonding curve to determine NXM’s price. The amount of capital locked in the protocol and capital requirements needed to meet potential outstanding claim demands determines the price.

That’s a long way of saying that the more capital that’s locked in the Nexus Mutual protocol, the higher the price of NXM will be. Also, members may share in any excess capital. NXM tokens can be redeemed for ETH directly from the Nexus platform. And there are no immediate plans to list NXM on an exchange.

Nexus has already had to perform payouts. This is due to the attacks on bZx which is a flash loan provider. The bZx exploit occurred after a bug was found in its smart contract. Fortunately, the funds of the people who bought cover were safe. In this “trial by fire,” Nexus was able to overcome any doubts in the DeFi community as to whether their community would vote to distribute payouts.

Nexus paid on two claims that cost about $31,000, even though it took two requests. Members initially voted down the claims because it appeared that hackers exploited the price oracles. These would not have counted as claims based on the Nexus agreement. Later, bZx revealed a fault in their smart contract code. The two claims were resubmitted and approved the second time.

Risk Assessors typically have smart contract audit experience. They can stake NXM tokens if they believe in the security of a particular smart contract. The more NXM staked on a smart contract the lower the price of the cover.

Members act as judges to determine whether or not a claim is real. Each claim is subject to a vote. And only members who have staked their tokens as Claims Assessors can vote. 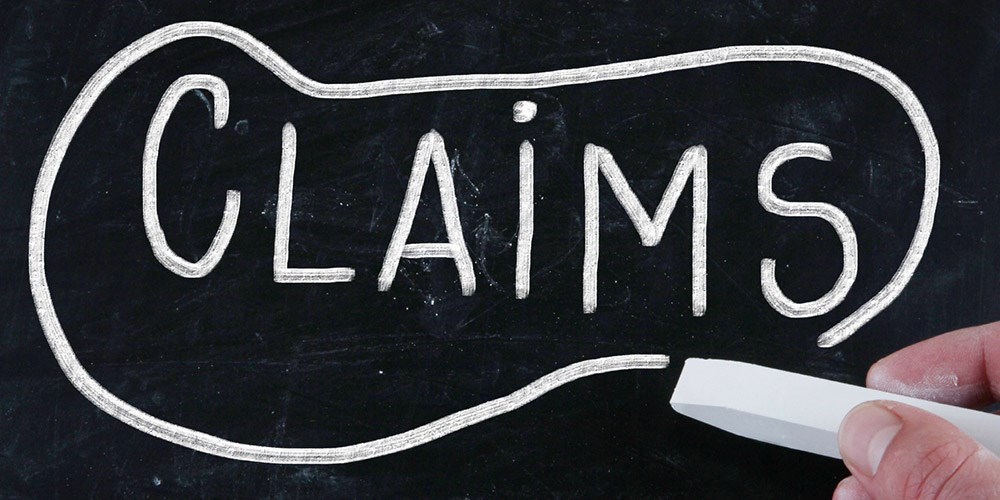 Members have to take care not to pay on claims where unethical people are trying to game the system. Claims assessors earn rewards by voting in favor of the decided outcome. That means they need to vote in the majority. And Governance can burn the stake of any member caught voting fraudulently.

Protections are also in place to prevent members from denying legitimate claims. If that started to happen, new users would not join to use the platform. Successful claims lower the value of the pool and thus the NXM tokens. But staking requirements incentivize assessors to take a macro view and look at the long term. As mentioned, Governance can burn their stakes for voting fraudulently. This serves as a strong deterrent.

How to Submit a Claim to Nexus Mutual

Users can submit claims up to 35 days after the cover period has ended. There is no need to file damage assessment claims since the payout is a fixed sum regardless of the loss. 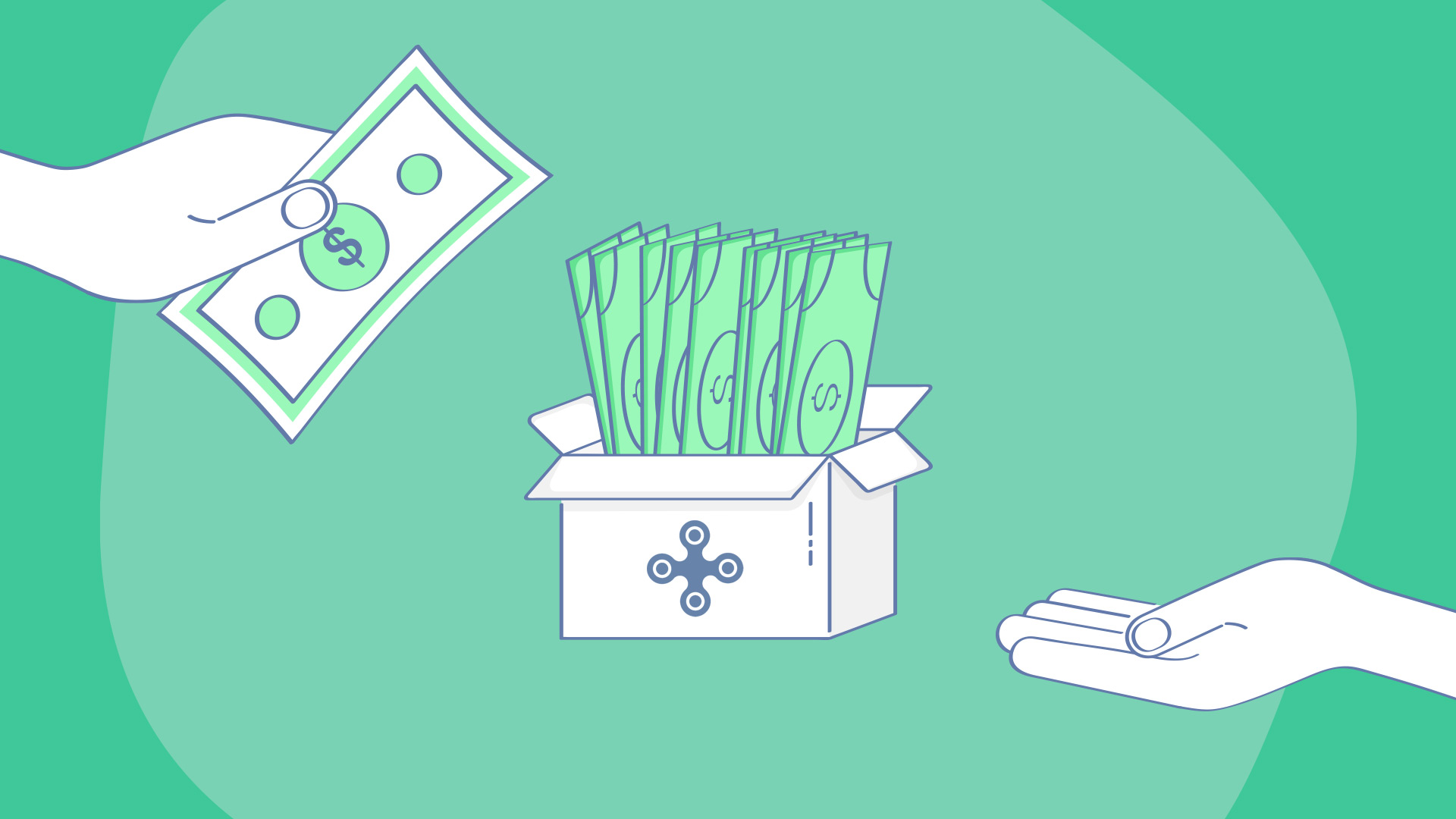 The Yield Farming boom helped sparked and continues to drive interest in Nexus Mutual. With potential yields becoming ever more lucrative, DeFi users are looking to protect themselves. Nexus’ cover is already maxed out on the DeFi platforms Balancer, Curve, and Compound. And there are increasing demands coming from Hedge Funds and other professional investors. 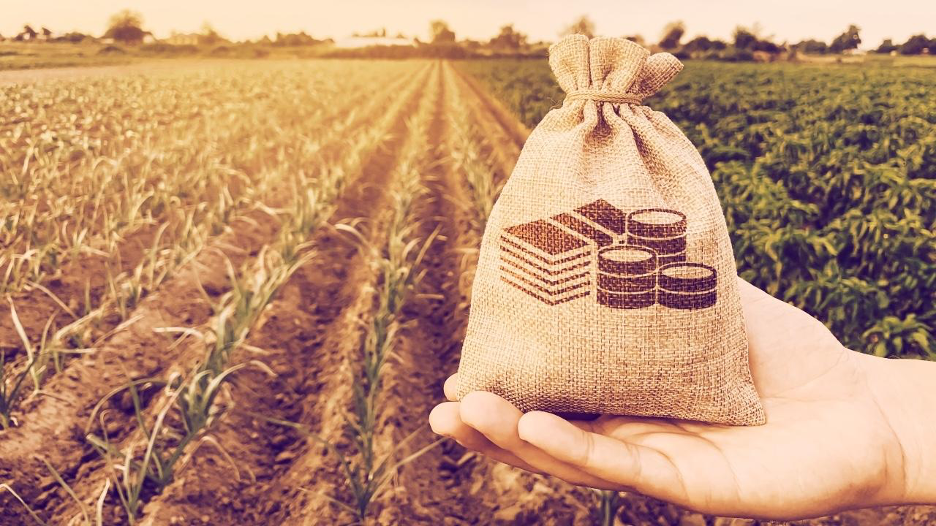 DeFi insurance has worked so far concerning the bZx hack, but it has yet to be seriously tested. Also, Nexus Mutual is not the only player in the space. Opyn offers similar hedging options in the form of short positions on different tokens. And users don’t need to hold the token to short it.

Now, the first thing that comes to a devious mind is, why wouldn’t a hacker holding a viable exploit first go and buy cover on the smart contract before attacking it? That way, not only could they steal the funds but they could collect on a claim from Nexus as well.

It’s an interesting scenario to consider. Surely, on-chain analytics firms that work with law enforcement have already thought this through though. It would seem that any maximum cover purchase that occurred just before an exploit would raise some eyebrows.

And since Nexus requires KYC/AML before a user can purchase cover, the only way to pull this off would be for a hacker to enlist a trusted third party with an impeccable reputation. The third-party could purchase cover and then split the rewards with the smart-contract hacker.

Regardless, Nexus Mutual has come up with an innovative way to ensure its members in the DeFi ecosystem don’t lose everything to a smart-contract fail. And once they get rolling they’re sure to come up with more products than just smart contract coverage. 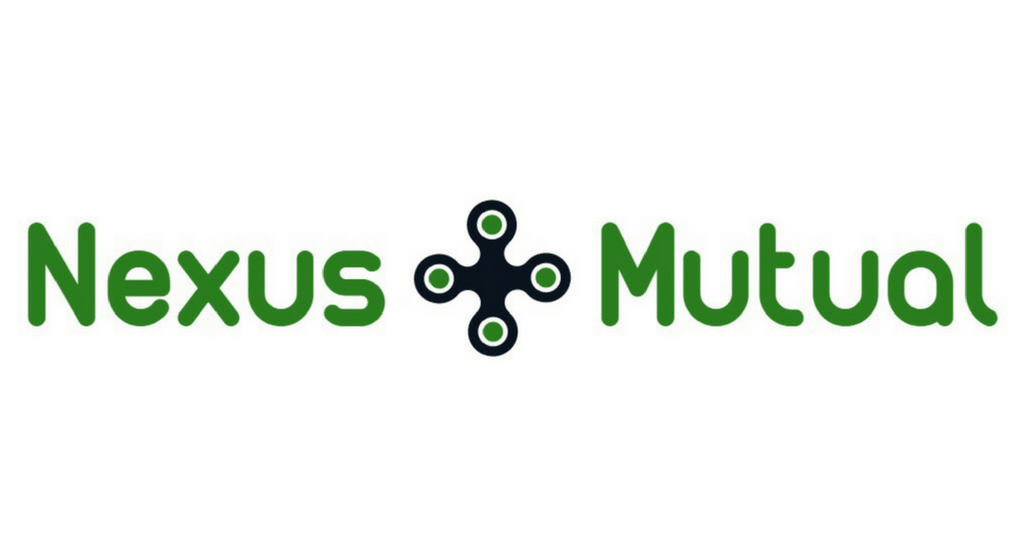 Maybe it will be crypto wallets or even price oracles? Other security issues can befall a user—like loss of private keys or even a centralized exchange (CEX) hack. Someday it’s likely that  DeFi Insurance will cover these risks as well.

If you want to learn more about DeFi Insurance, start your blockchain education today at the Ivan on Tech Academy!