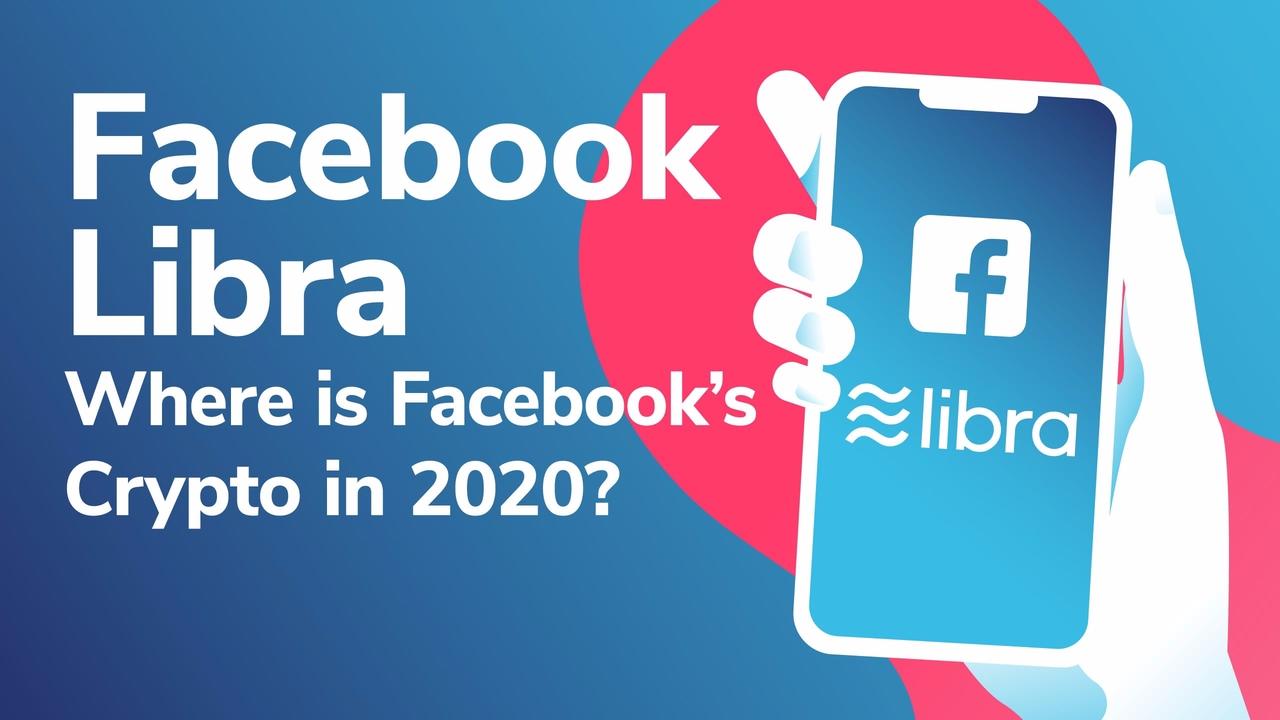 You have likely, at one point or another, heard of Facebook’s crypto effort “Libra”. Libra is usually described as a blockchain-based cryptocurrency stablecoin, although some challenge whether Libra will ever be seen as a “true” cryptocurrency. However, Libra’s story has been long and winding, and many may wonder where Facebook’s Libra crypto is in 2020.

So, first of all, what is Libra? Well, Libra is commonly known as “Facebook’s crypto”, but the full story is a bit more complicated than that. What’s more, Libra has changed radically since it was first announced in June 2019.

This article looks at the Libra coin's specifics and answers the question, “where is Facebook’s crypto in 2020”. Is Libra going to become the “Bitcoin killer” some assume a Facebook-backed cryptocurrency could be, or will it struggle to gain traction? Read on for a full breakdown of Facebook’s crypto effort Libra, the Libra Association, and the Calibra digital wallet!

Facebook had been rumored to be working on a cryptocurrency solution, sometimes referred to as Facebook Coin or GlobalCoin, since 2017. In June of 2019, however, Facebook announced that it would call its blockchain-based payment system, or the “Facebook crypto token”, Libra. At this time, Libra was characterized as a digital asset based on a basket of fiat currencies and assets.

So, when Facebook first announced its first foray into the crypto field, this came with a two-pronged approach. Specifically, the Libra cryptocurrency project essentially existed of the Libra Association on the one hand (which we will get back to), and Calibra.

Whereas the Libra Association would handle Libra’s development and involve other actors, Calibra would be a Facebook subsidiary tasked with developing a blockchain-based, Libra-centric digital wallet.

This wallet was dubbed Calibra and would be a digital currency wallet for Libra. Moreover, the Calibra digital wallet would be deeply tied to Facebook’s other offerings, such as Facebook Messenger, WhatsApp, and even Instagram. Let us take a closer look at the Libra Association!

Facebook quickly realized that it would need to substantially boost support for a potential Facebook cryptocurrency, especially as trust in Facebook was reaching new lows following privacy and user data scandals, as well as the fallout from the Cambridge Analytica data indigent. 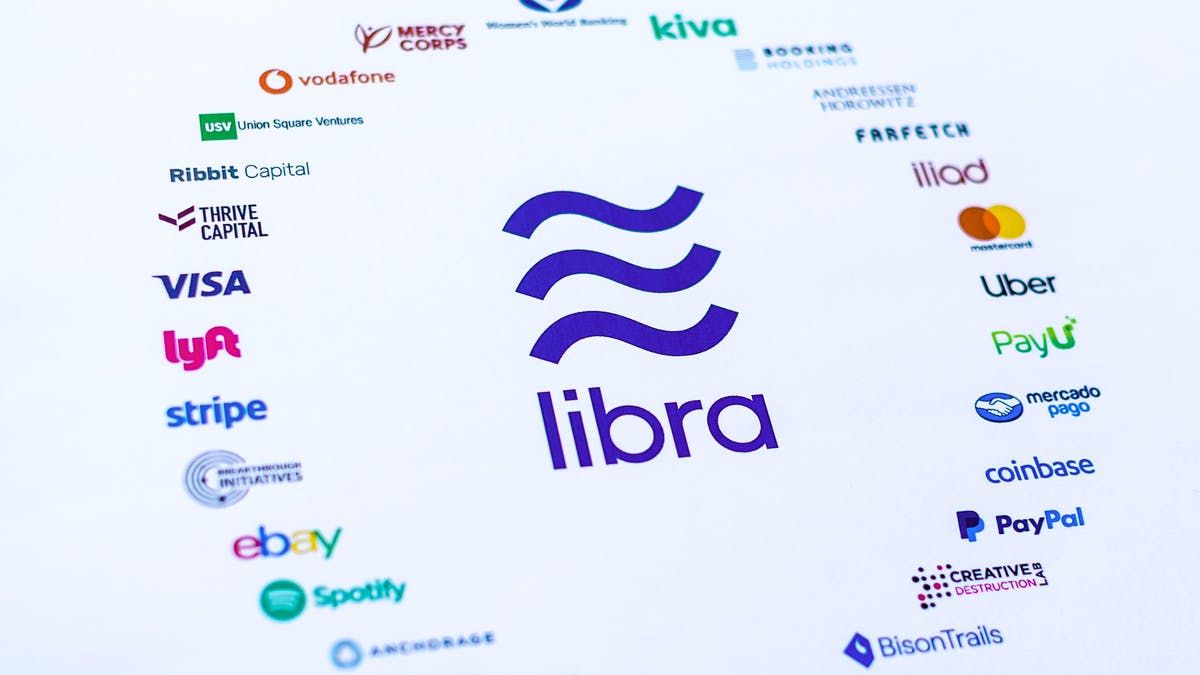 Right from the outset, the Libra Association had several heavyweight members. Among others, these included Mastercard, Visa, PayPal, Uber, Lyft, Coinbase, eBay, Spotify, Vodafone, Andreessen Horowitz, Facebook, and many more.

This resulted in Facebook not having exclusive control over the Libra cryptocurrency. It is widely regarded that this was meant to ease the Libra crypto's mass-adoption, lower the associated level of distrust, and portray Libra as more than merely a “Facebook crypto”.

Practically speaking, the Libra Association is in charge of the development and governance of Libra. Nevertheless, the Libra Association was quickly met with scrutiny from regulators. Various organizations expressed skepticism towards the idea that Facebook should be involved in developing a digital currency and its influence on the Libra project.

Even though managing to attract a diverse range of companies to join the Libra Association was impressive, it would seem some of the members were not entirely aligned with Facebook’s vision for the project. Specifically, the mounting regulatory criticism of the Libra project led numerous members to leave it last fall.

During October of 2019, a mass exodus of Libra Association members began in earnest. After PayPal decided to leave, amid pressure from both regulators and governments worldwide, the floodgates opened, spurring numerous Libra Associations to also leave the initiative.

To name a few, Visa, Stripe, Mastercard, eBay, Booking Holiday, and Mercado Pago all left the Libra Association following PayPal’s departure, meaning several of the most well-known Libra Association members dropped out of the initiative. 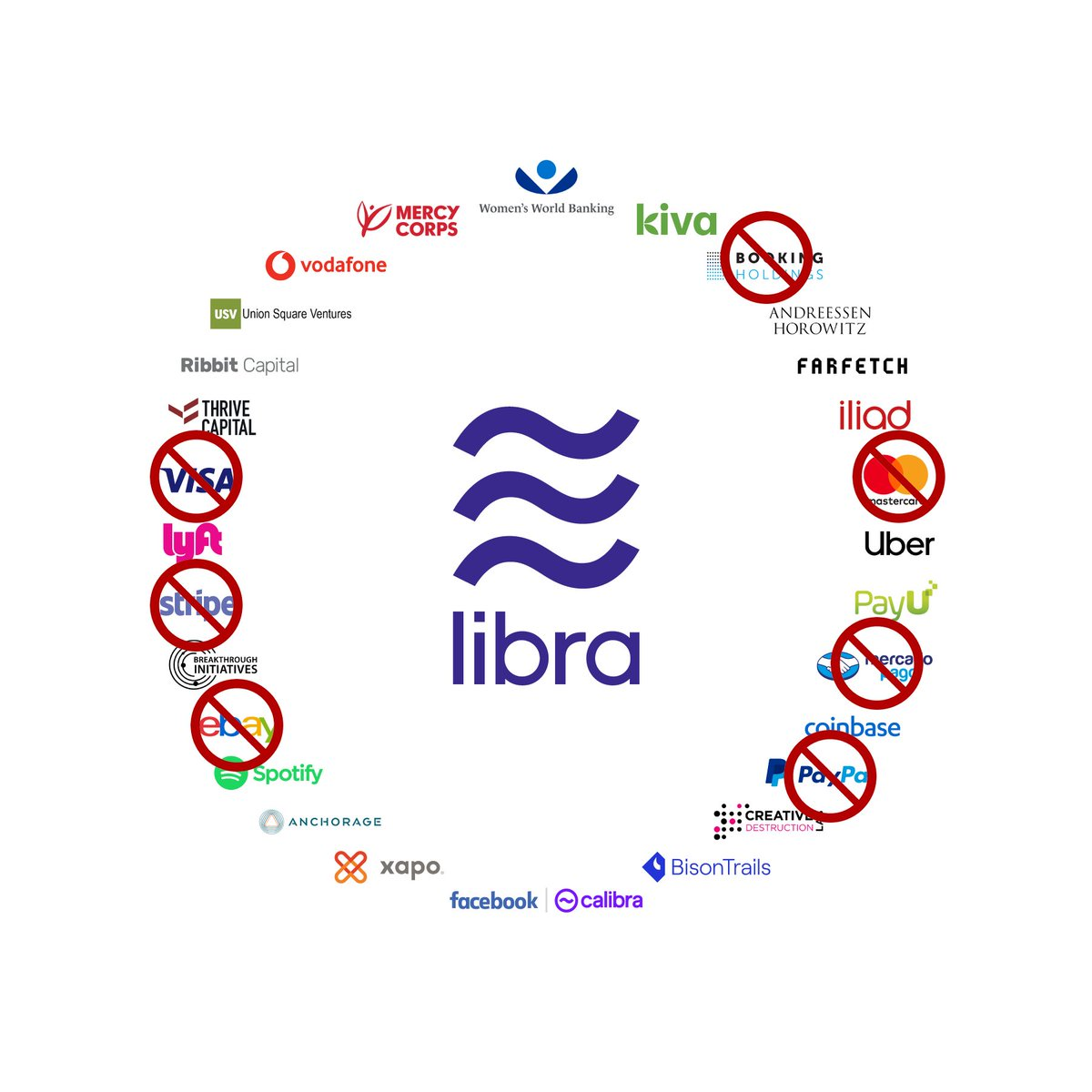 Additionally, this also meant trouble for Facebook’s ambition to have 100 founding Libra Association members when the Libra stablecoin actually launches. At the time, the Libra Association said that the dropouts would not change the Libra launch plans - however, it could lead to delays.

If you are interested in other digital assets that gave the ideas for Libra, such as Bitcoin, Ethereum or EOS, check out Ivan on Tech Academy. The Academy has dozens of blockchain courses, explaining everything from blockchain programming to crypto trading and decentralized finance. Right now, you can get 20% off with the promo code BLOG20 when enrolling!

In March of 2020, the team behind Facebook Libra announced that it would radically change the Libra stablecoin project's plans. This came after many months of mounting regulatory pressure, which continues to be an issue for Libra in 2020.

The aforementioned March 2020 report from The Information revealed that Calibra's launch was being pushed from the summer of 2020 to the autumn of this year. Moreover, it also said that Calibra would no longer just be a showcase for Libra - rather, the digital wallet would now support multiple currencies.

Nevertheless, this was not the only setback for Facebook’s Libra crypto in March of 2020. Specifically, a few of the remaining Libra Association members decided to join a competing stablecoin initiative that went under the moniker Celo. 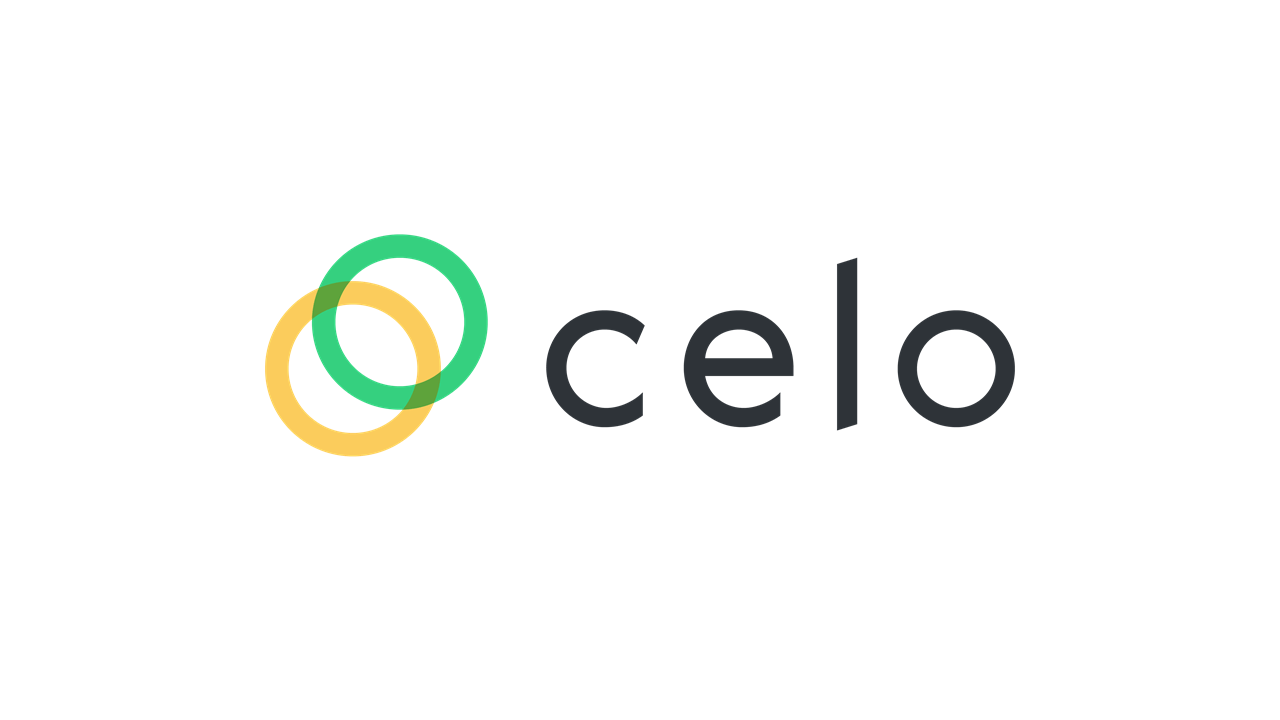 Celo intends to deploy a service token meant to enable easy international payments just using a smartphone. Some of the Libra Association members deciding to join Celo included Andreessen Horowitz and Coinbase, who were some of the most recognized actors in crypto circles supporting Libra.

Although it remains uncertain whether Celo and its “Alliance for Prosperity” will successfully achieve its goal of empowering online and mobile banking, it shows that the Libra project is not alone in attracting heavyweights.

Furthermore, some would say that Libra is also facing its most serious competition from existing cryptocurrencies such as Bitcoin or Ethereum. Consequently, this gives some background to the pressure Libra was feeling in early 2020.

Instead, the Libra Association said it is now looking to launch a series of stablecoins. Each such stablecoin would be pegged to one particular fiat currency. Consequently, people using a Libra-compatible wallet, such as Calibra/Novi, would be able to send digital Libra equivalents to fiat currencies. 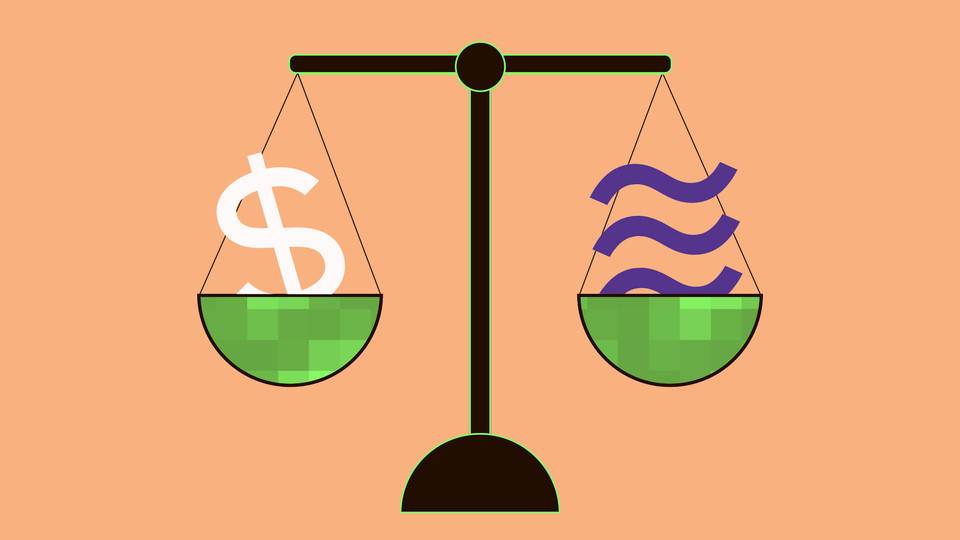 This decision reportedly came as central banks were worried that Libra could compete with fiat currencies, much as how Bitcoin and other cryptocurrencies are already doing. Furthermore, the Libra Association said it would commit to matching every minted LibraUSD, LibraEUR, or other fiat-backed Libra coin with fiat cash equivalents in a bank account.

As such, this “fiat-backed” version, or versions, or Libra are somewhat reminiscent of existing fiat stablecoins. The Libra Association also revealed that it will no longer make Libra’s blockchain permissionless - instead, only Libra Association members will run nodes.

What Happened to the Calibra Digital Wallet?

Following the news that Facebook was looking to push the release of Calibra, as well as change the intended functionality of the digital wallet and nature of the Libra stablecoin, the future of Calibra initially looked somewhat uncertain.

Some of Calibra’s core features would be deep integration with Facebook apps such as Facebook Messenger and WhatsApp. Nevertheless, with Calibra transitioning from a digital wallet for Libra to more of a general money-storing and transfer application, some were suggesting that Calibra was merely “reinventing PayPal”. 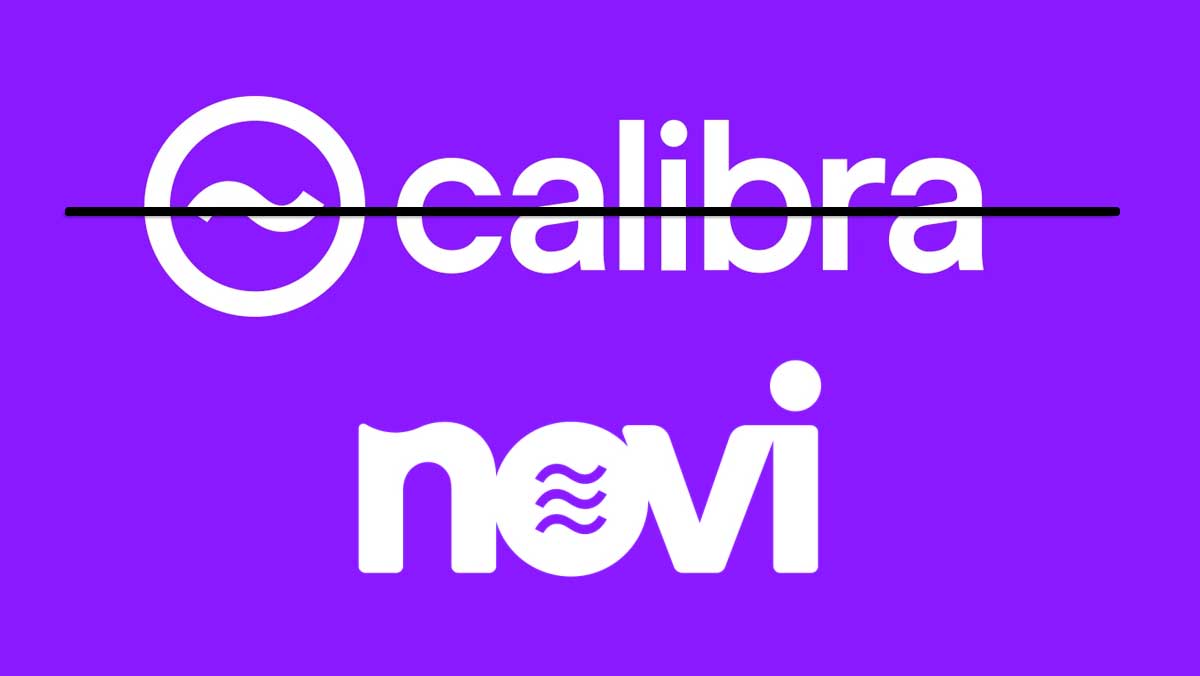 While the Libra Association heads the development of Libra, Calibra (now known as Novi) is a Facebook initiative, and this name-change reflected the fact that Calibra/Novi is entirely controlled by Facebook.

Furthermore, it comes as no surprise that Novi’s first product will be a cryptocurrency wallet, which will act as a standalone application available to download via a smartphone. It seems extremely likely that this Novi app will incorporate all the Calibra functionality previously teased.

Additionally, Facebook has said that Novi integration will be available in both WhatsApp and Facebook Messenger, to either receive or send money to others via Novi. Novi also retains Calibra’s initial goal of offering instantaneous transactions across national boundaries, without any hidden fees.

What’s more, the latest information indicates that Novi will launch once the Libra network comes online. Only a select few nations will be included in the initial rollout of Novi wallet - which can be seen as the spiritual successor to the Calibra digital wallet. 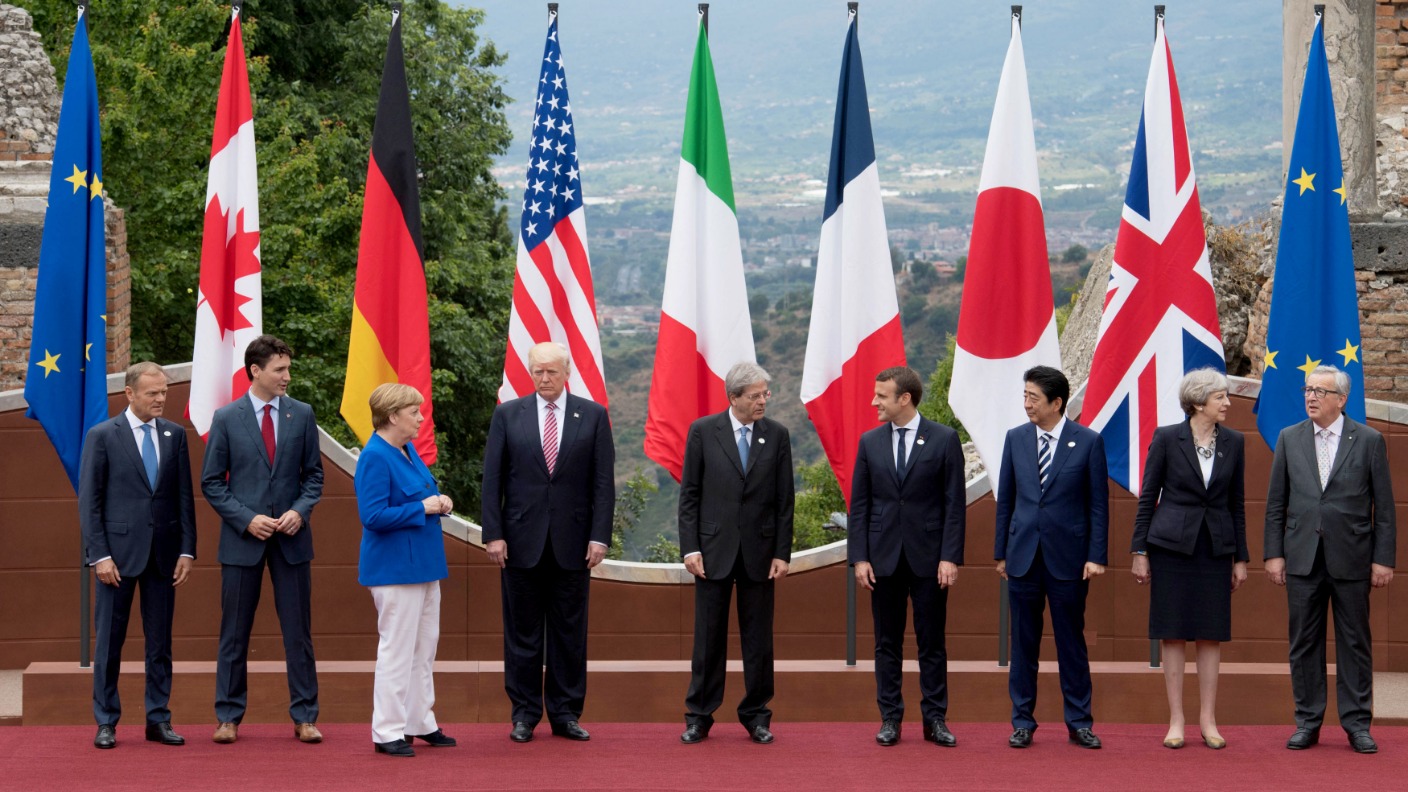 This came as part of a draft G7 statement, which states that Facebook’s much-talked-about cryptocurrency, Libra, should not be permitted to be released until it satisfies a number of requirements. Specifically, the draft statement notes that it foresees how Libra could have adverse effects soon consumer protection, privacy, cybersecurity, taxations, and even financial stability.

What’s more, the G7 statement also notes that it does not believe any ”global stablecoin project” such as Libra should operate before thoroughly addressing regulatory, legal and oversight issues. This comes even as the Libra project has been scaled back substantially since its inception.

So, where is Facebook’s crypto in 2020? At the moment, things are not looking too good for Libra. Many cryptocurrency fans do not believe the permissioned blockchain technology and fiat currency-reliant system Libra is currently relying on creates a true cryptocurrency.

Regulators, on the other hand, are still suspicious of Libra. As such, it seems Libra brings very little new use to the table, while still being a hard pill to swallow for regulators. Nevertheless, one shouldn’t discount the significant sway and influence held by Facebook.

As such, it will, at the very least, take some time for Libra to take the limelight. Moreover, many may well wonder what Libra does that cryptocurrencies like Bitcoin cannot. Nevertheless, it will be interesting to see how Libra continues to develop. Learn more about crypto at Ivan on Tech Academy!