Breaking Down Bitcoin DeFi: Advantages and Definition of Decentralized Finance 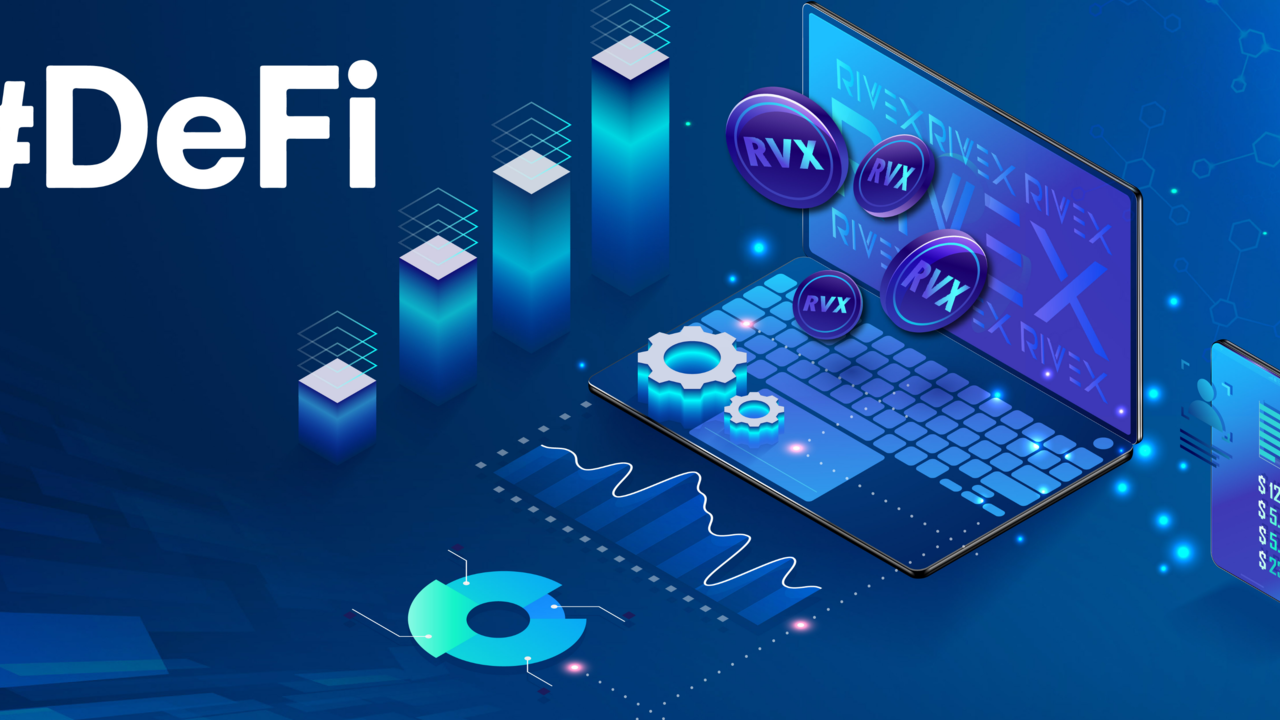 When it comes to building and hosting DeFi protocols, Ethereum pretty much rules the roost. As per DeFi Pulse, a staggering $872.20 million is locked up in Ethereum-based DeFi. However, as it turns out, Bitcoin has been making impressive leaps in the DeFi department themselves. In this article, we are going to go through some of these Bitcoin DeFi apps. Before we do so, let’s go through the basics first.

While cryptocurrencies plan on creating an open currency system that gives you complete control over your own money, DeFi aims to take things a little further by building a public, global, and all-inclusive alternative to all the financial services in the world. As ambitious as this sounds, this was previously impossible on the Bitcoin blockchain. However, with the advent of Ethereum and smart contracts, such implementations soon became probable.

Smart contracts allow developers to create decentralized applications or dApps. As the name suggests, dApps are applications based on the blockchain, which are not controlled by a centralized entity. This gives them several advantages:

More and more Bitcoin-based DeFi applications are currently entering the market and have managed to gather a pretty sizeable user base. Let’s go through some of these implementations. Defi pulse lists the following Bitcoin-related DeFi applications:

Founded by Joseph Poon and Tadge Dryja, the lightning network is a layer-2 scalability solution for Bitcoin. It's called “layer 2” because it operates above the Bitcoin blockchain in the form of bi-directional state channels. Before we go into the details, let’s understand why Bitcoin needed this solution in the first place.

Few things have been talked about, debated, and documented as extensively as Bitcoin’s scalability problems. Just to give you a brief overview:

With the demand for Bitcoin going up in the future with an increasing number of use cases, it will inevitably shoot up. As per Blockchain Capital, the average on-chain Bitcoin transaction fees will reach $100 by the end of 2020. Because of this inflated transaction fee, Bitcoin is very impractical for microtransactions.

What are state channels?

As mentioned above, the lightning network is a two-way payment channel that connects two users directly with each other. These state channels enable you to execute transactions that would typically occur on the blockchain, off the blockchain. Payments channels are a specific form of state channels that deals only in payments.

So, how does a state channel work? Let's take a look.

A portion of the blockchain gets sealed off via multi-signatures or smart contracts. The participants predetermine the terms of the smart contract. This temporarily isolated portion is known as a "state channel." The features of these channels are as follows:

Let's take a working example to understand how it works. Imagine two entities, A and B. These two need to conduct multiple transactions with each other. However, since these are microtransactions, it’s not that practical to go through the whole headache of sending money via bank-to-bank transfer. So, this is what they do:

At this moment, they decide to end their interaction. A sends over $4 to B to replicate the final state. So, instead of conducting 7 transactions, A just sent over one transaction. This is the core philosophy behind how payment channels work.

A state channel can be closed after it fulfills two predetermined conditions:

The most common forms of payment channels are as follows:

HTLC is the most well-known form of the payment channel.

The features of an HLTC channel are as follows:

The Lightning Protocol is an example of HTLC.

Lightning Network – Behind the scenes

Alice and Charlie want to transact with each other, and they both have a common connection with Bob. To do so, they take the following steps:

Atomic Loans is creating the first-ever decentralized Bitcoin-backed loan offering. It uses P2P and cross-chain debt agreements that are open, borderless, and resistant to centrlaized censorship. We have briefly touched upon the technology at the heart of the protocol in the previous section - atomic swaps.

What are Atomic Swaps?

An atomic swap is a P2P exchange of cryptocurrencies that don’t need to go through a third-party service like a cryptocurrency exchange. Some interesting facts about atomic swaps to keep in mind:

How do Atomic Swaps work?

Suppose Alice wants to swap her BTC for some LTC and has found Bob as a willing partner. The core idea is that they both will agree on a shared secret, which they will use to interact with each other. Now, let's see how it works:

The goals and principles of Atomic Loans

Atomic loans allow bitcoin holders to get stablecoin and fiat liquidity through loans, which they can use to pay off personal and business expenses. On the flip side, this also presents an excellent opportunity for individuals and organizations who want to put their money to work and provide liquidity as a lender.

Looking at both sides of the equation, Atomic Loans identifies two user types who will be a perfect fit for their program.

Atomic Loans looks like a great DeFi use case for Bitcoin. It allows users to lock up Bitcoin as collateral in a non-custodial escrow and draw out loans against it. These loans can be drawn in the form of stablecoins like Dai or USDC. The cool thing about this concept is that it allows users to drawn the full value of their present BTC investment without falling victim to its volatile whims.

Another amazing thing to keep in mind is that its the only viable decentralized service around that provides bitcoin-focused lending. Morgan Creek Digital co-founder Anthony Pompliano said about Atomic Loans:

“There’s a new alternate financial system being built around Bitcoin, with a focus on decentralization. Atomic Loans is building the decentralized financial infrastructure that uses Bitcoin how it was intended.”

Another interesting class of Bitcoin-based DeFi offerings is Bitcoin-collateralized ERC-20 tokens. The idea is pretty straightforward - a user deposits Bitcoin into a smart contract that delivers a BTC-pegged token to the user's Ethereum wallet. The contract leverages an oracle to monitor the real-time value of Bitcoin continually. The core idea is to bring Bitcoin's liquidity into the Ethereum network. The most popular implementation of this token is WBTC.

Wrapped Bitcoin or WBTC is the first ERC20 token backed 1:1 with Bitcoin. The project is the joint effort between decentralized exchanges Kyber Network and Republic Protocol and BitGo, a crypto custody company. BitGo will handle the initial custody, while Kyber and Ren will use their own Bitcoin holdings to provide the initial liquidity.

A decentralized autonomous organization, or DAO, made up of 16 projects, including DeFi protocols like Dharma, Compound, MakerDAO, and Set Protocol, runs the WBTC initiative.

How can I swap WBTC for BTC?

The biggest reason behind WBTC's recent popularity is that the MakerDAO community has voted for it to be one of the coins in its collateral basket. This inclusion alone caused WBTC's cumulative on-chain value to cross $22 million. 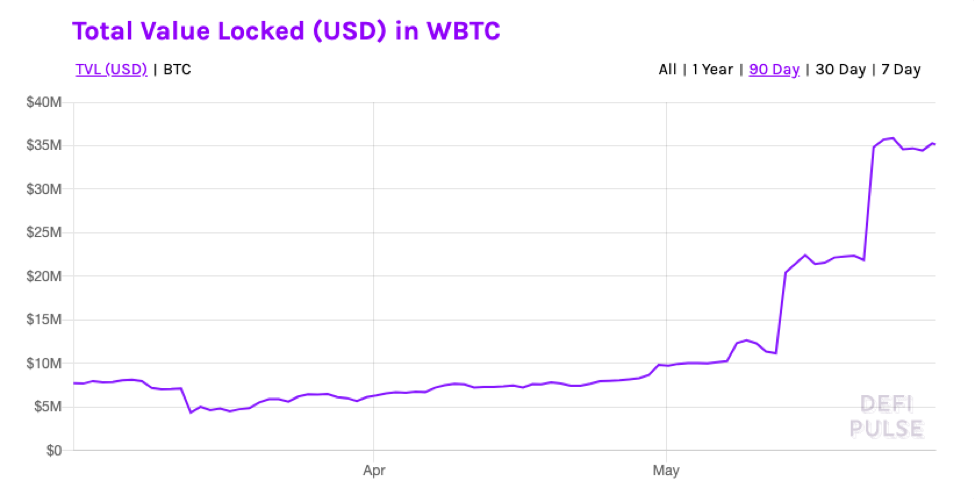 Currently, the total amount of USD locked up in WBTC has crossed $35

The majority of the trades happen via centralized exchanges. One of the biggest reasons why DEXs haven't entirely changed the game yet is because of the severe lack of liquidity. However, WBTC brings in the functionalities of the most liquid cryptocurrency in the world - Bitcoin. DEX allows you to trade for other ERC-20 tokens with BTC. Another exciting feature is that it will enable developers to write smart contracts that integrate Bitcoin transfers. However, despite its growth in popularity, Ether remains the dominant DeFi coin.

WBTC has attracted quite a lot of criticism in recent times. According to Reddit user u/Trizeropz:

“Calling this new ERC20 BTC thing a wrapped coin and 'innovative' is bullsh*t. What they sell you is a worthless new ERC20 token, while getting your BTC [...] Nothing different to a scammy ICO, exchanging your ETH and BTC with worth, into newly printed worthless ERC20. If they exchange it 1:1, why not just exchange to ETH itself? Nothing different but HEY printing money.” 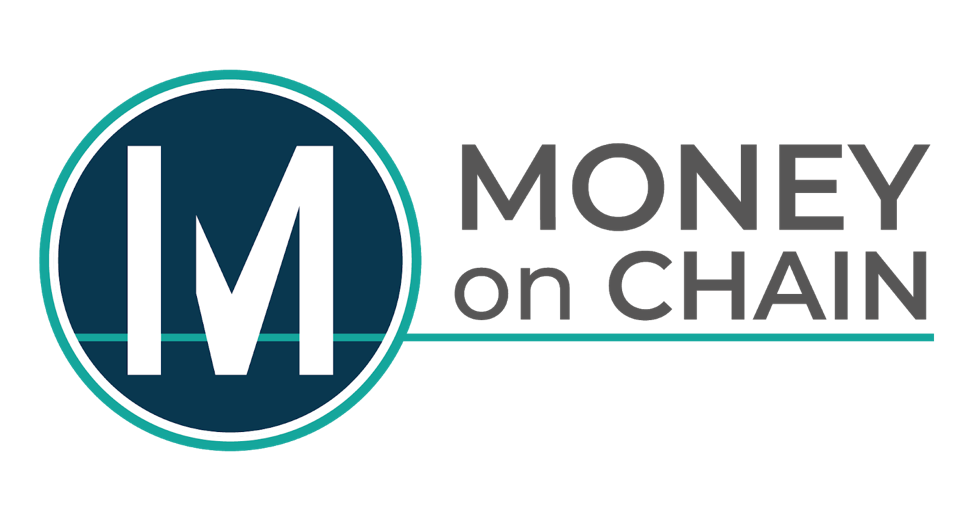 Finally, let’s look at another implementation of Bitcoin DeFi that has seemed to grow immensely in popularity in recent times. However, before we do so, let’s give you some background context.

Quick question for you.

Which is the most secure, used, and decentralized blockchain in the world?

If that’s the case, then it might just be the best possible smart contract platform out there! This is why several projects like RSK and Liquid are building sidechain functionalities on top of the Bitcoin blockchain.

Rootstock is one of the most well-known projects in the space that's connected to Bitcoin via a two-way pegged sidechain. It maintains its security via a special consensus protocol called "merge-mining."

Rootstock fuels its internal ecosystem with Smart Bitcoin or SBTC. Users can swap their BTC for SBTC at a 1:1 ratio through the peg. RSK has a technological stack built on top of it called Rootstock Infrastructure Framework Open Standard (RIFOS). RIFOS acts as a third layer on top of Bitcoin, and it brings in several developer frameworks into Bitcoin to enable them to build DeFi applications. RIFOS has the following properties

What is Money on Chain?

Money on Chain has collaborated with RIF to create the world’s first stablecoin collateralized by Bitcoin. The protocol utilizes a dual-token system to ensure price stabilization. The tokens are - Dollar on Chain (DOC) and BitPRO (BPRO). Let's look at what they have to offer.

Bitcoin is slowly, but surely, making its presence felt in the DeFi landscape. As per DeFiPrime, a DeFi aggregator site, out of the 245 projects listed, 23 are Bitcoin-based.

When you keep in mind that Bitcoin is the biggest project in the space, you can only expect this number to go even higher in the future. However, will it become the premier DeFi platform of the future? While it’s hard to bet against Bitcoin, it isn't easy to see them overcome Ethereum’s lead. It is tough to see Bitcoin overcoming these odds with more promising projects coming in like Cardano and Algorand. However, can we expect super high-quality Bitcoin-based DeFi dApps in the future, which could be potential game-changers? Absolutely. This is why it's easier than ever to increase your software engineer salary by becoming a blockchain developer at an online blockchain school. The time is now!