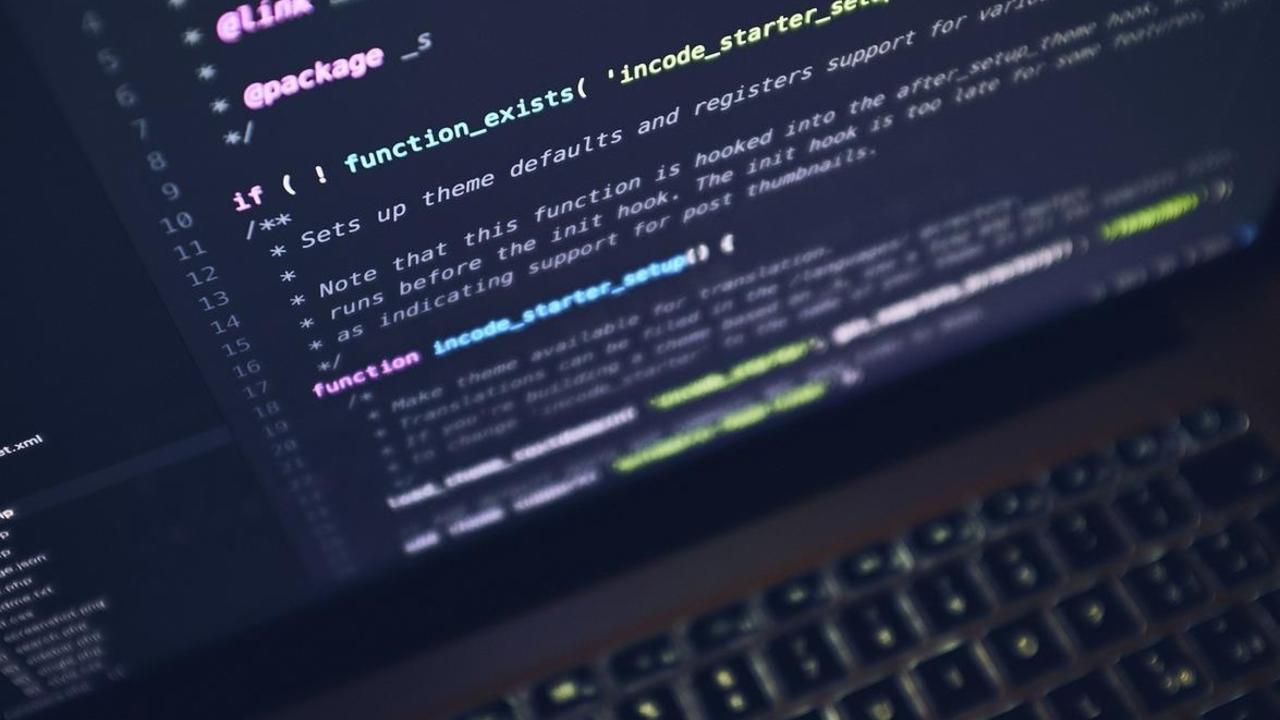 Software engineers have been on a tear for the past decade. Salaries for those working in the tech field are soaring. Moreover, the advent of remote jobs means opportunities working for high-profile companies are opening up even to those living in comparatively remote areas. As such, virtually anyone with the determination and interest can now become a software engineer.

What’s The Deal With Getting A Software Engineer Salary?

Consequently, many software engineers are now looking to boost their salaries. The past decade’s tech boom has made developers the new rockstars. One of the most effective ways to do this is through becoming a blockchain developer. Specifically, the average blockchain developer salary is somewhere between $150,000 and $175,000 per year, according to Hired.

This means that a typical blockchain developer salary is now rivaling some of the top paid positions in the world. In fact, a recent study by LinkedIn found that blockchain programming was the most in-demand hard skill for 2020. As such, blockchain beats out other highly paid fields, such as AI, cloud computing, UX design, video production, affiliate marketing and more. 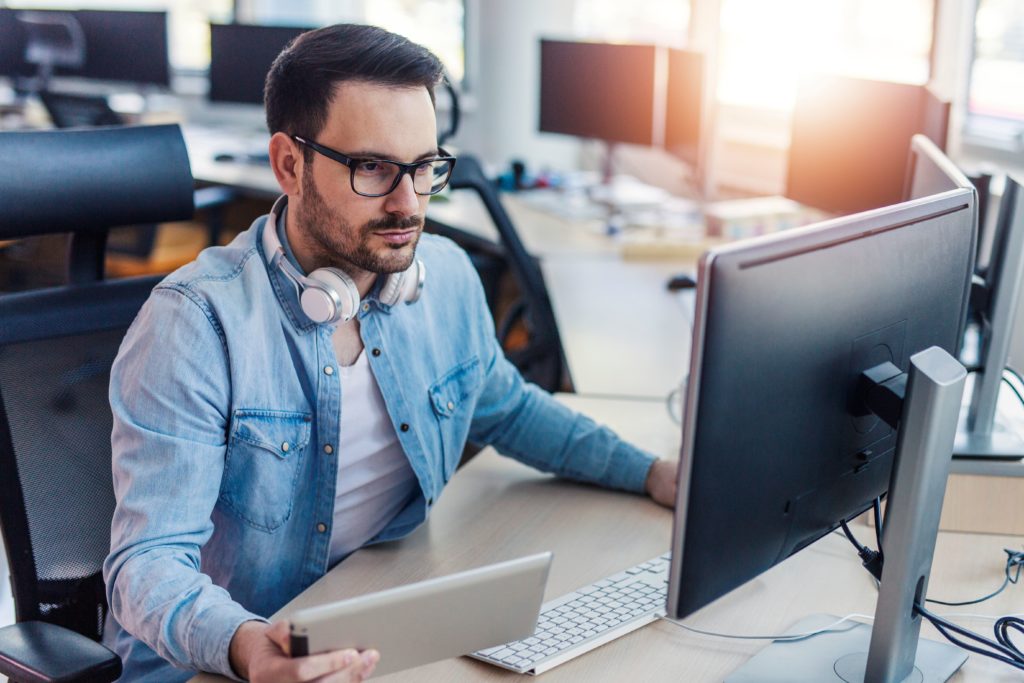 First and foremost, it is worth to take a look at the current salary situation for various developers. As anyone looking for a new job or renegotiating wages will know, Glassdoor salaries are the gold standard for comparing salaries for various professions. Glassdoor is an online platform where both former and current employees can review companies and firms.

What’s more, Glassdoor also enables users to anonymously submit their salaries to the platform’s database. This means that new employees get insight into what the average Glassdoor salaries are for their specific job. Moreover, existing employees will also know when they are underpaid.

Put simply, Glassdoor salaries provide greater transparency into the current wage landscape for various jobs. Moreover, this makes it easier for presumptive employees to gauge what positions are the best paid at different companies. Seeing as software engineers are in high-demand, this can help them steer their career decisions towards the most lucrative alternatives.

A 2019 report by CNBC comparing the highest Glassdoor salaries found that variations of software engineers are consistently the top-paid positions in the US. For example, it lists the media base salary for a typical software engineer as $114,163.

Moreover, this means the software developer labor pool becomes highly flexible. Specifically, software engineers can move across positions quite fluidly, due to the high demand for developers. Although Glassdoor salaries provide valuable tools when it comes to negotiating wages, a high salary is not everything.

In fact, Glassdoor is also a helpful tool in deciding a potential future career, based on reviews of companies and various salaries. The site allows you to adjust your plans for the future through comparing different Glassdoor careers. For example, viewing various Glassdoor careers could show that you find the conditions for a front-end developer more favorable than, say, your current job as a back-end developer. 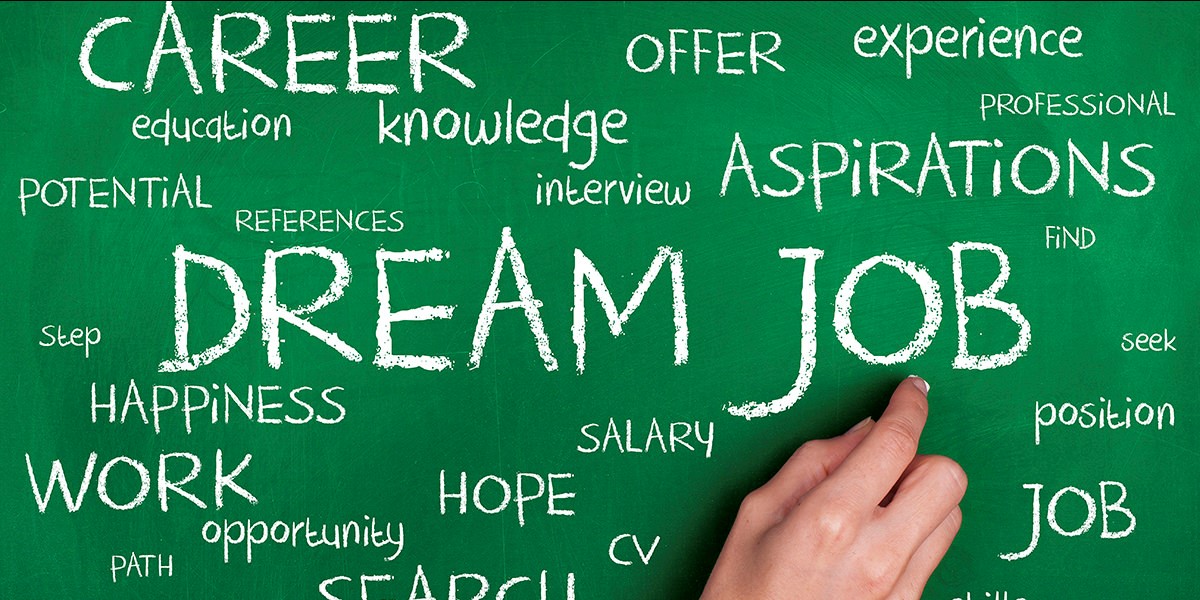 Owing to the high fluidity and flexibility of many companies looking for developers, this may be quite easy. Other professions generally have substantial barriers between various types of jobs. However, the tech boom has left companies crying out for available developers with the right skills and mindset.

Consequently, many recruiters will be willing to onboard say, a back-end developer, as a front-end developer. Although it would be extremely hard for, say, a neurosurgeon to pivot to becoming a thorax surgeon, programmers are much more fluid. Furthermore, companies will many times even allow the programmer to grow into their new role with courses.

This is due to the extreme demand for various types of developers. As such, even those who are currently unhappy with their existing developer job will likely be able to land another developer job that is more to their liking.

However, a crucial component to doing so is through planning your future decisions with the aid of interesting Glassdoor careers. As such, viewing different Glassdoor careers can be a great way to boost your software developer salary and find your next job.

Instead, the sharp rise in blockchain engineers’ salaries depends on the massive increase in demand for blockchain developers. This entire developer category hardly did not exist just five or six years ago. However, 2017’s explosive cryptocurrency rally changed this forever. Bitcoin’s atmospheric rise in price meant that blockchain technology was suddenly on everyone lips.

However, blockchain technology is far more than just the technology underpinning some cryptocurrencies. Instead, it is a highly sophisticated digital ledger technology system. For those unfamiliar with the term, blockchains are virtually massive data systems. Moreover, a blockchain is able to validate and verify various transactions, making them ”immutable”. 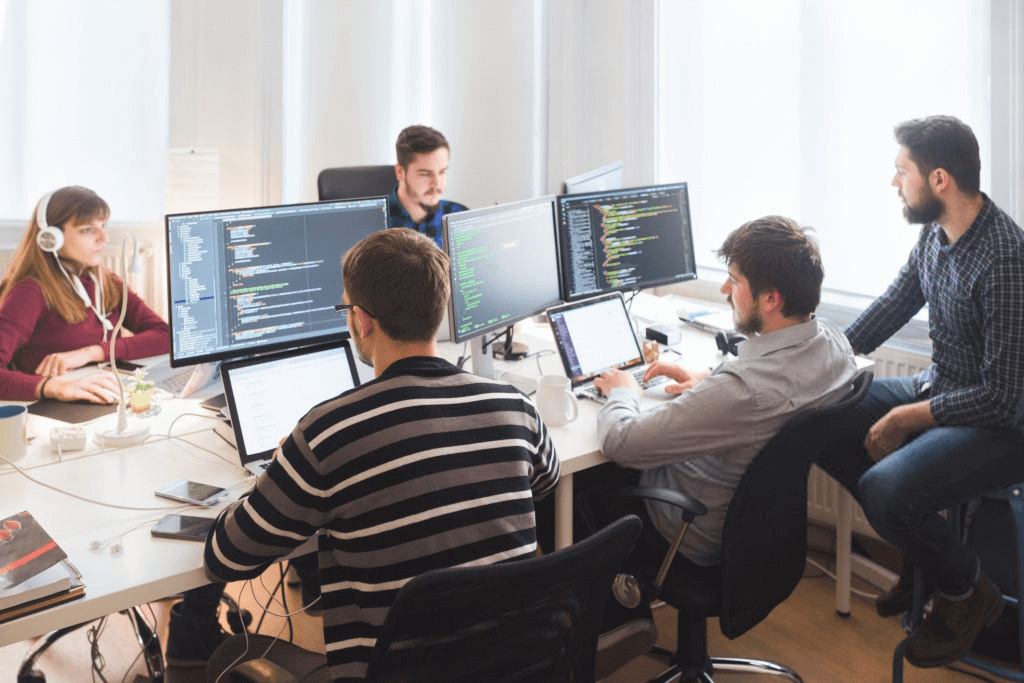 As such, blockchains are excellent for tracking and tracing. In fact, dozens and dozens of high-profile companies are already integrating blockchain technology into their everyday operations. To name a few, companies such as Amazon, Citigroup, Facebook, CVS Health, IBM, JPMorgan Chase, Maersk, Mastercard, Nasdaq, Nestlé and Walmart are all exploring blockchain.

This shows that it can be immensely beneficial for software engineers to become blockchain engineers instead. Not only in strictly monetary terms - seeing as the salary is much more competitive - but also in terms of careers. Blockchain engineers are at the forefront of innovation. Imagine being an internet developer around the turn of the century, or a mobile application developer a little over a decade ago.

So, this likely prompts the question ”how does a software engineer become a blockchain developer?”. Well, the answer to this is more straight-forward than many may think. Online blockchain academies are becoming plentiful as the demand for blockchain developers is steadily increasing. As such, the only thing someone needs to do is find the right one.

The go-to online blockchain academy is, naturally, Ivan on Tech Academy. The thing that sets Ivan on Tech Academy apart from the competition is how it allows anyone, even those without prior knowledge, to become blockchain developers. Moreover, it also offers extensive courses, and has various real-life success stories showing successful former alumni. 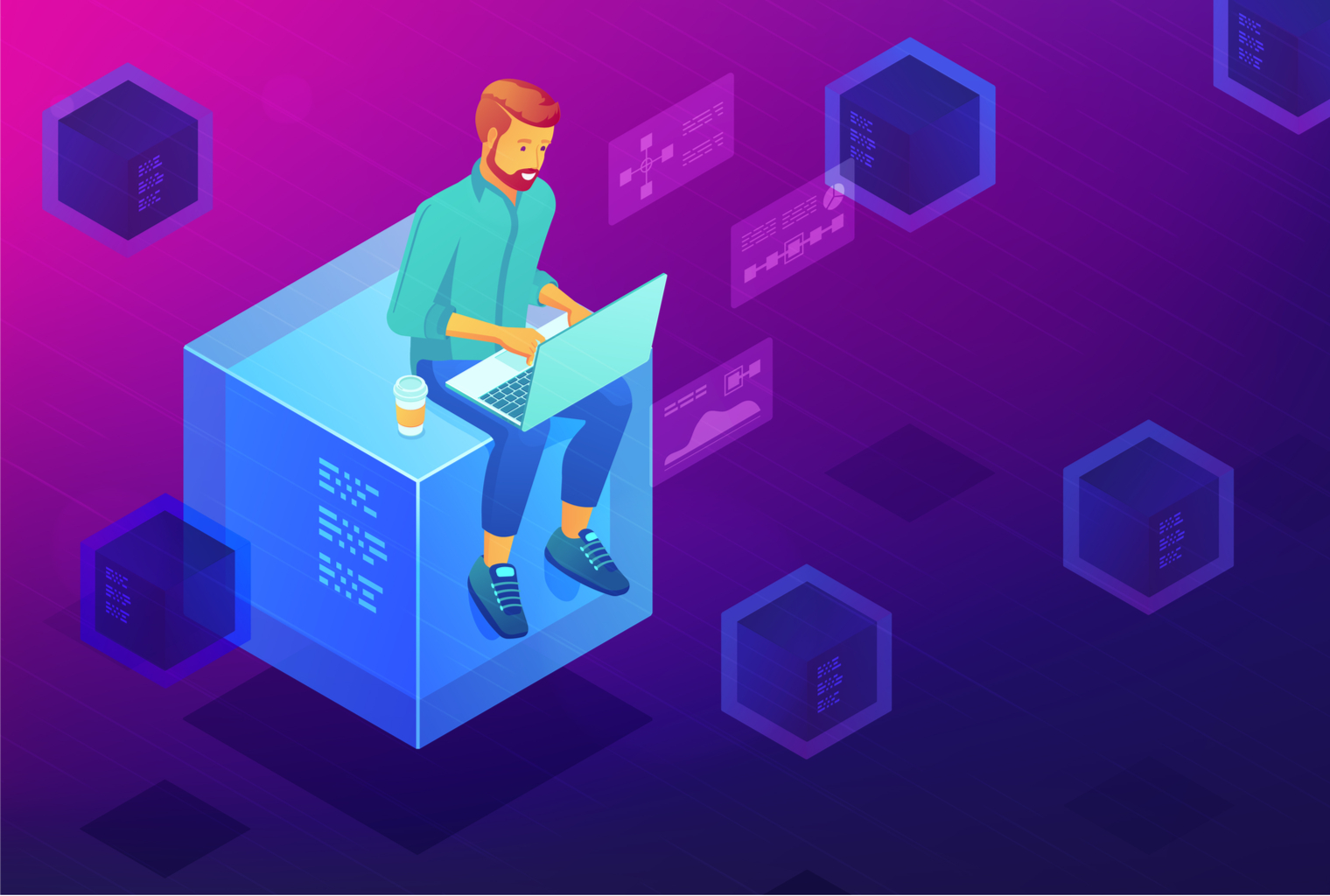 Whether you are looking to learn about cryptocurrency staking, the ongoing ”trust revolution", or what the ”IOTA Tangle” really is, Ivan on Tech Academy has got you covered. Moreover, if you are looking to study blockchain technology seriously, it also offers countless courses for everything blockchain related.

In fact, Ivan on Tech Academy offers everything from a rudimentary ”Blockchain and Bitcoin 101” course to C++ Programming for Blockchain Developers. Join thousands of other happy Ivan on Tech alumni today! Moreover, the large breadth of courses means virtually anyone can become a blockchain developer, with or without prior knowledge.

Be sure to read this guide breaking down what to think about when choosing an online blockchain school!

There are countless good ways to land a blockchain job after finishing the relevant Ivan on Tech Academy courses. For example, one attractive alternative for any software engineer looking to boost their salary is taking a look at Indeed remote jobs. This gives developers the opportunity to land a remote, high-profile job with a competitive pay package.

First, a little context is in order. Indeed is an American company that focuses on supplying job-matching employment. Essentially, Indeed works as any other search engine, but for jobs. By combining Indeed with exploring Glassdoor salaries, any software engineer can be well on the way towards increasing their salary and boosting their career.

One of the hottest trends these past few years has been remote jobs. Although this has come to a head due to the ongoing COVID-19 coronavirus pandemic, remote jobs have been growing popular long before 2020. In particular, software engineers and developers have long taken advantage of the benefits of Indeed remote jobs. 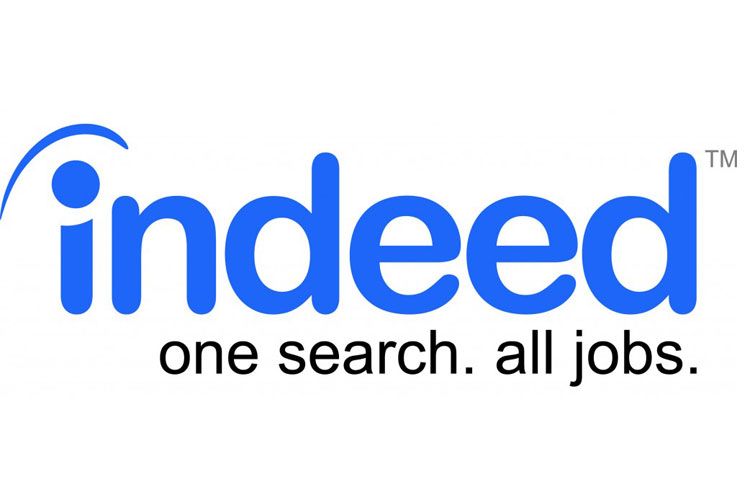 The reason becomes obvious by taking a look at the available Indeed remote jobs. Blockchain engineers and software engineers are in high demand - this is no surprise. However, remote jobs - such as those available on Indeed - allow high-profile firms to source developers who live in remote areas.

As such, it is becoming increasingly irrelevant where someone lives. The internet and our interconnected world means that someone in India can easily work as a software engineer remotely for an NYC firm - or vice versa.

This is opening up a lot of exciting opportunities for those looking to pursue a software engineer career. Furthermore, it is also an interesting aspect to keep in mind for those looking to increase their software developer salary. Take a look at Glassdoor salaries what you can earn abroad!

What To Remember When You Increase Your Software Engineer Salary

This makes it quite plain that one of the most effective ways to earn more money as a software engineer is to simply become a blockchain engineer. There is a severe shortage of blockchain developers, and this means competent blockchain engineers can have an immensely successful career ahead of them.

However, it is important to remember that money is not everything. This is also a great argument for becoming a blockchain developer, as it guarantees you a place in an exciting industry at the forefront of technical innovation. Don’t wait around for tomorrow to come - join a blockchain firm and help build it instead! 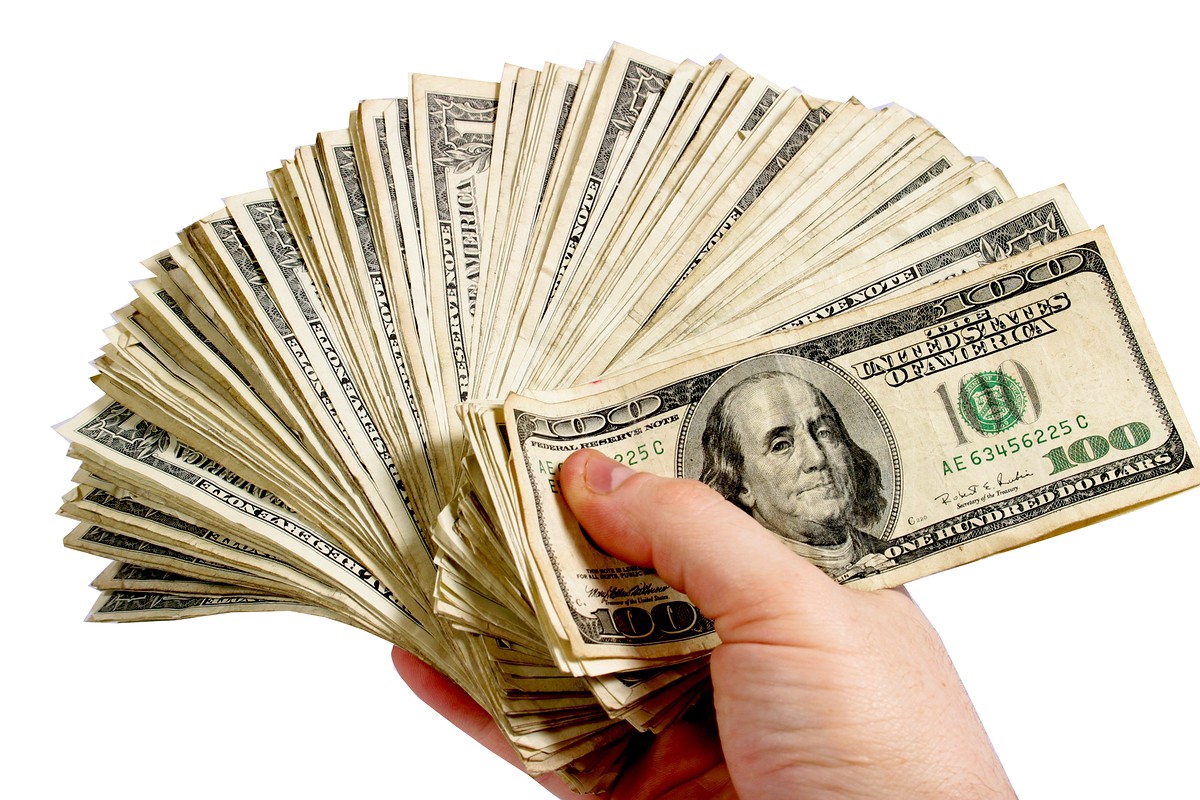 With that said, however, it is still possible for a software engineer to increase their salary without becoming a blockchain developer. Specially, they can learn their worth through examining Glassdoor salaries and Glassdoor career. Additionally, using a service such as Indeed remote jobs to find new job opportunities broadens their options.

In the end, one should keep in mind that all software engineers are fulfilling an important role in helping build new applications, programs and functionality. There is nothing wrong with wanting to increase your salary if you feel you deserve in. In-demand skills are in demand for a reason - and software engineers should be compensated accordingly.

However, if you ever want to broaden your horizons, take a look at the Ivan on Tech Academy courses! These will allow you to supercharge your transition to becoming a top-paid blockchain developer - with out without prior knowledge.