A Guide to Stablecoins in 2021 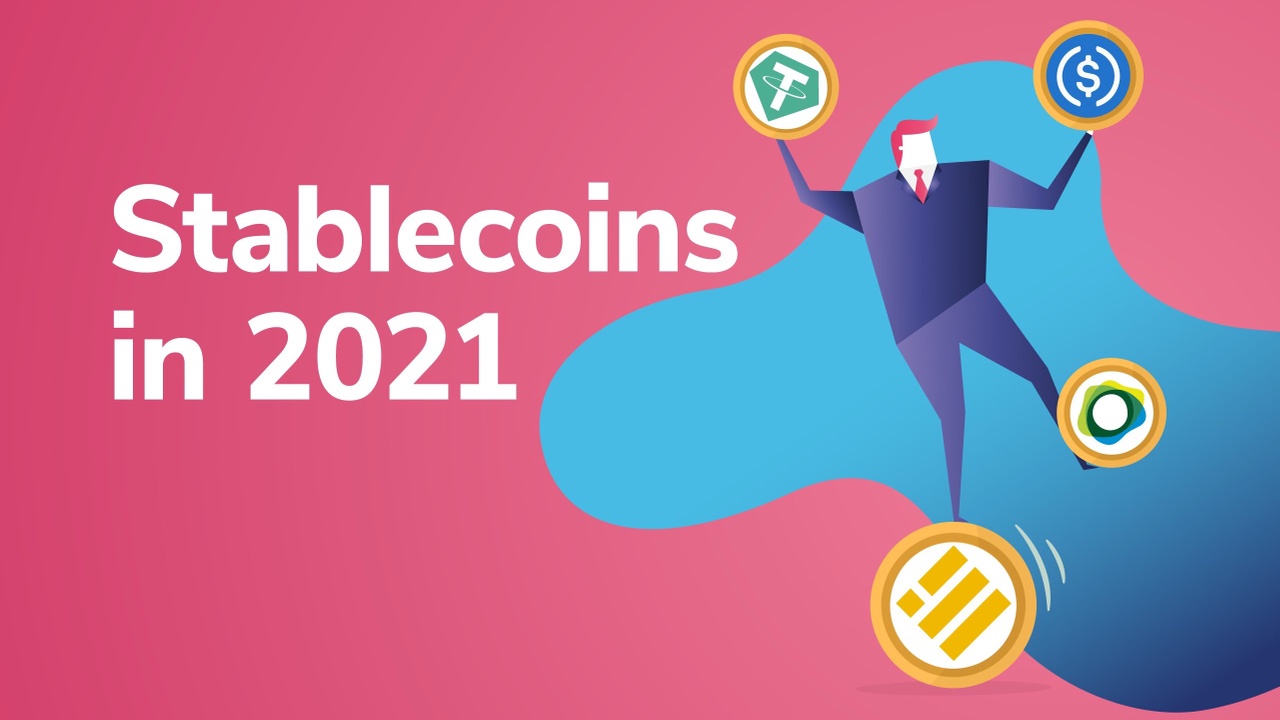 2020 was a highly eventful year for the cryptocurrency market. However, it looks like 2021 could be the year when the crypto sector really takes off. At the moment of writing, Bitcoin is pushing new all-time highs and is trading north of $49,000. What’s more, the wider cryptocurrency market has continued the rally seen during the last few months of 2020 and January of 2021. As such, one can only imagine what the rest of 2021 could hold. Nevertheless, one asset class is somewhat overshadowed by the past weeks’ dramatic 2020 Bitcoin bull run - stablecoins. Although these crypto assets’ more stable nature can make them less attractive during bull runs, they are nonetheless effective tools to avoid volatility. Consequently, let us look at stablecoins in 2021, and some of the biggest actors in this niche.

If you want to learn more about stablecoins and other cryptocurrency terms, be sure to check out Ivan on Tech Academy. Ivan on Tech Academy is one of the premier sites for blockchain education, and over 30,000 students have already enrolled. Enjoy dozens of in-depth cryptocurrency courses, and a vibrant community. What’s more, Ivan on Tech Academy consistently produces real-life success stories. Go from zero previous knowledge to blockchain hero with the Academy, and kickstart your crypto career with the help of some of the best courses available. What are you waiting for? This article goes over stablecoins in general, and the three stablecoins Tether, USD Coin and DAI and particular.

The stablecoin market is nothing new. Nevertheless, the concept of ”stablecoins” can seem strange to wrap one’s head around. Let us, therefore, answer the question ”what are stablecoins” once and for all. In short, stablecoins are cryptocurrencies whose value is tied to some other sort of outside asset. This can be, for example, fiat currency like the US dollar, or commodities like gold or oil. 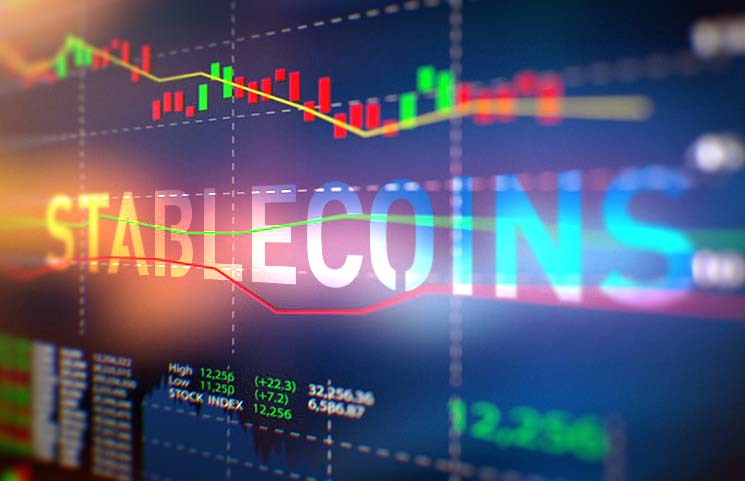 Nevertheless, the logic behind this is actually quite sound. The cryptocurrency market has long seen significant volatility, which has become more obvious by the recent cryptocurrency bull run. Although traders might appreciate the wild price swings of cryptocurrencies - especially as the market pushes new highs - some investors and companies do not. Instead, they want predictability in the assets they hold. Nevertheless, they can still recognize the technological advantages brought by cryptocurrencies.

In recent weeks, the wider cryptocurrency market has been on a tear. In fact, the crypto market has been on one of the most impressive bull runs ever, with Bitcoin smashing through its previous all-time highs. Although stablecoins are generally uncoupled with market speculation, they are nonetheless tied to overall interest in the cryptocurrency industry. As more companies realize the potential of the cryptocurrency sector, they are bound to also discover stablecoins. This is why it will be extremely interesting to watch the stablecoins industry for the rest of 2021.

So, what makes the stablecoins industry interesting in 2021? Well, stablecoins have long been viewed as a potential catalyst for mainstream crypto adoption within traditional finance. Stablecoins' relatively low volatility have long been one of their most attractive features for companies looking to benefit from efficient cross-border payments and settlements. This is mainly why analysts have long suggested that traditional finance institutions and everyday people may be more likely to first embrace stablecoins, rather than cryptocurrencies. The fact that stablecoins are also often pegged to fiat currencies also makes them a psychologically familiar proxy for financial institutions. However, it is entirely likely that those predicting that stablecoins will become the new norm are underestimating the speed of institutional crypto adoption.

No article about stablecoins would be complete without mentioning some of the top ones. As such, we will go through the basics of the three arguably most famous stablecoins. This shows the similarities but also the differences between different types of stablecoins, and can help illustrate their usefulness. The three stablecoins that we will focus on in this article include Tether (USDT), USD Coin (USDC), and DAI. Naturally, there are also other well-known stablecoins, such as Paxos Standard and Binance Coin.

Tether is the largest and most well-known stablecoin. According to CoinGecko, Tether has a market capitalization of over $32 billion. In fact, this makes the Tether stablecoin the third-largest cryptocurrency at the time of writing, narrowly beating out Cardano. Consequently, it’s clear that Tether holds the lion’s share of the stablecoins market, with a massive market cap of over $30 billion. 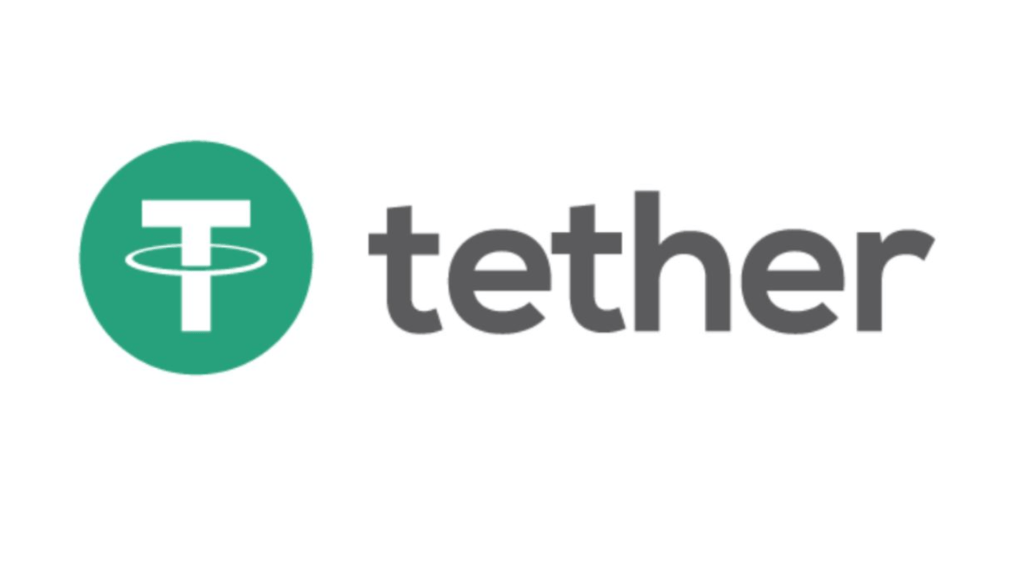 Tether’s history is somewhat complicated. It began life as a cryptocurrency project known as ”Realcoin”, but this was eventually changed into Tether back in November of 2014. The central idea behind Tether was to provide fiat currencies on the blockchain. In essence, this would allow for relative price stability, and real-life assets would back up the stablecoin offering. Tether employed a three-pronged strategy, in which it introduced three stablecoins. The first and most well-known of these was USTether, which was pegged 1:1 to the US dollar. In addition to this, Tether was also behind a second stablecoin with a peg to the Euro, and another one pegged to the Japanese Yen, know as ”YenTether”. In 2015, Bitfinex was the first company to list Tether, and the rest is, as they say, history.

Seeing as Tether is now the third cryptocurrency by market capitalization, it’s clear that it has met an existing demand for stablecoins. At the same time, however, some have criticized Tether for a perceived lack of transparency, as well as irregularities with the company’s collateralized reserves. Originally, Tether said that for every USDT it issued, it would hold an equivalent dollar in its cash-reserves, giving USDT 100% backing. Nevertheless, Tether has since changed its asset-backing to include ”loans to affiliate companies”, and in 2019 it was revealed every Tether was just backed by $0.74 in cash equivalents.

USD Coin is another crypto stablecoin with a sizeable following. What’s more, USD Coin is the official stablecoin of Coinbase, and developed by the company Circle. According to Coinbase, the USD Coin is fully backed by the US dollar, which is verified by Circle. Circle ensures that US dollars in segregated bank accounts back up USDC by releasing a monthly, openly available audit report. Unlike Tether, however, USD Coin has put more of a focus on having a regulatory-friendly approach and has taken steps to ensure it has the relevant license to operate in various jurisdictions. Additionally, USDC is an Ethereum-based ERC-20 token, allowing it to be used in conjunction with DeFi solutions.

Since its inception back in 2017, USD Coin has gained widespread adoption as one of the premier Stablecoins. Although it still trails Tether by both market capitalization and circulating supply, it still has a sizable market cap of $7.5 billion. The main advantage of USDC over USDT is that USDC is a lot more transparent regarding its cash reserves. Additionally, its relatively regulatory-friendly stance means that it has avoided some of the legal troubles faced by Tether.

DAI is a stablecoin cryptocurrency from the decentralized autonomous organization MakerDAO. Unlike USDC, DAI has instead gone the route of being a decentralized stablecoin that lacks a centralized issuer and is consequently ”censorship-resistant”. Moreover, DAI is not directly backed by the US dollar, or any other fiat currency. Instead, DAI is backed by crypto collateral on MakerDAO. DAI is created with collateralized loans on MakerDAO, where users can deposit cryptocurrencies to borrow against.  It is known as a ”multi-collateral” DAI, as it allows for different types of crypto assets to be used to create DAI. DAI is the multi-collateral spiritual successor to ”SAI”, which was a single collateral asset using ETH as collateral. 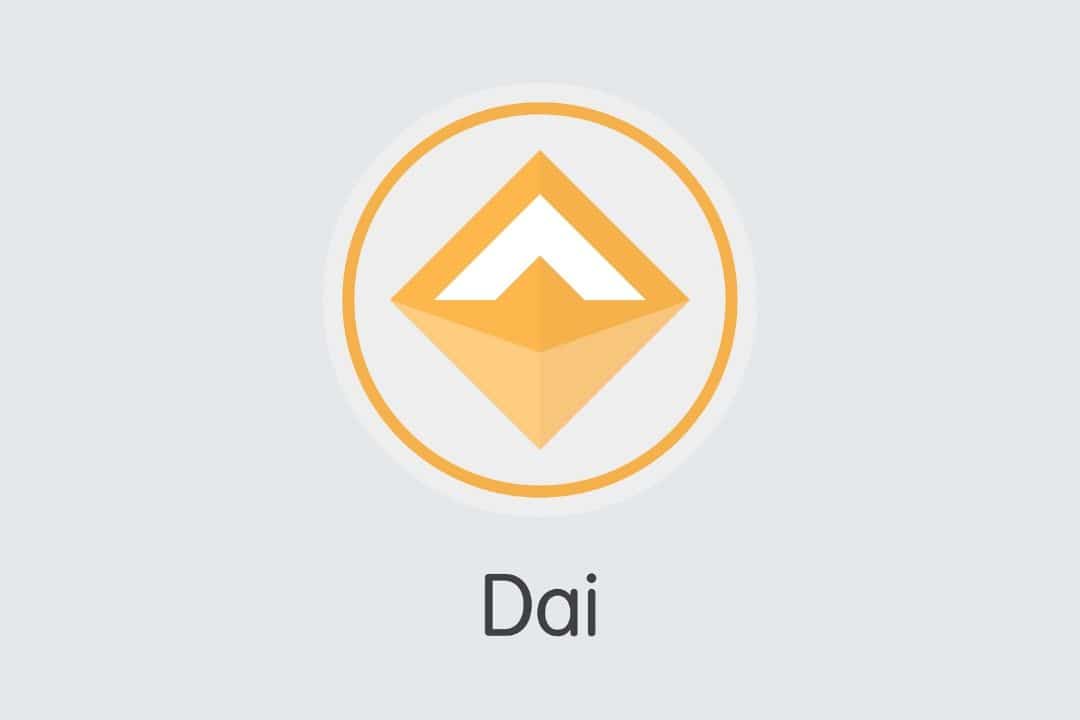 Essentially, a series of smart contracts automatically keep the price of DAI more or less in check with the price of one US dollar. As such, Maker tokens are either created or burnt to destabilize the price of DAI to that of the US dollar. The algorithms handle this price peg, which means that no person needs to manage the peg - again, relating to how DAI is a decentralized stablecoin.

In addition to this, DAI is an Ethereum-based ERC-20 token, which means that DAI (much like USDC) is interoperable with decentralized applications (dApps). This means that DAI is readily interoperable with decentralized applications, much like USDC. If you want to learn more about different stablecoins, be sure to check out Ivan on Tech Academy! Join over 30,000 students at one of the premier platforms for blockchain and cryptocurrency education.

As such, the 2021 stablecoins’ market could prove critical - or not at all as important as previously thought. For example, Tesla’s recent announcement that the company was purchasing $1.5 billion worth of Bitcoin seems to suggest that stablecoins may perhaps not be as necessary to bridge the gap between fiat currencies and cryptocurrencies as some have previously thought. What’s more, it’s also clear that the institutional demand for Bitcoin is substantial. If companies and institutions already have an appetite for ”regular” cryptocurrencies, this somewhat erodes the premise of stablecoins.

With that said, however, there could still be room for stablecoins in a crypto-friendly future. First and foremost, mainstream adoption of cryptocurrencies will be slow. As such, fiat-pegged stablecoins could still be essential tools in maintaining relative price stability, and would be an easier sell to financial institutions that want to reap the technical benefits of cryptocurrencies, but who are hesitant to invest in e.g. Bitcoin or Ether. Numerous industry analysts expect stablecoins to play an increasingly more important role in various areas of fintech, from remittances to direct payments and even investments. Moreover, they speculate that 2021 could be the year when widespread use of stablecoins emerges in marketplaces outside of existing DeFi platforms, where they’re already popular.

In summary, it will be interesting to see what role stablecoins in 2021 will end up playing. Moreover, the regulatory landscape will also likely play an important factor in how widespread stablecoin adoption becomes. Nevertheless, it would currently appear that the regular cryptocurrency market is gaining ground due to the last few weeks’ wild price rally. However, when the bull market subsides, stablecoins in 2021 could become a hot subject once again, as a potential bear market again focuses on crypto assets with relatively stable prices.